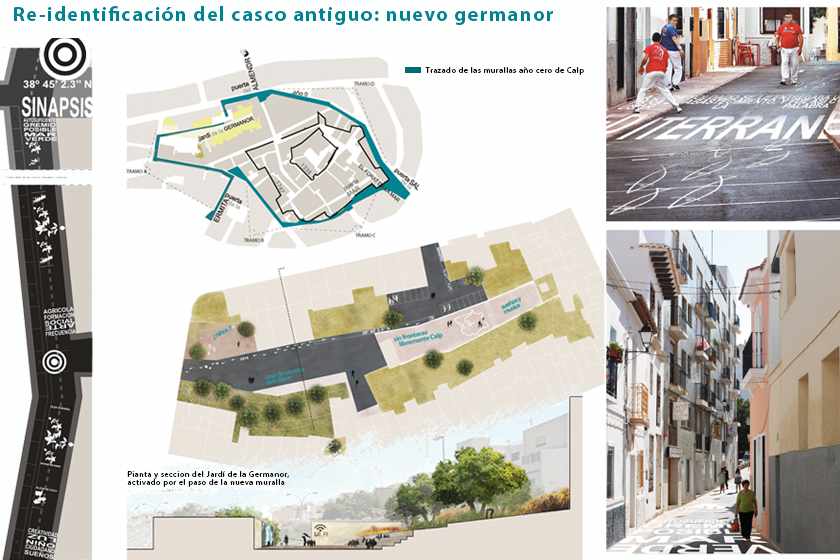 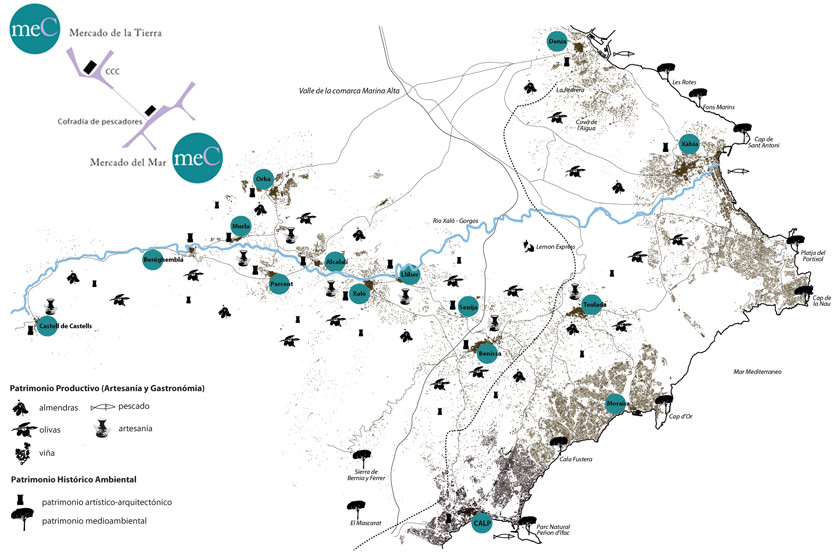 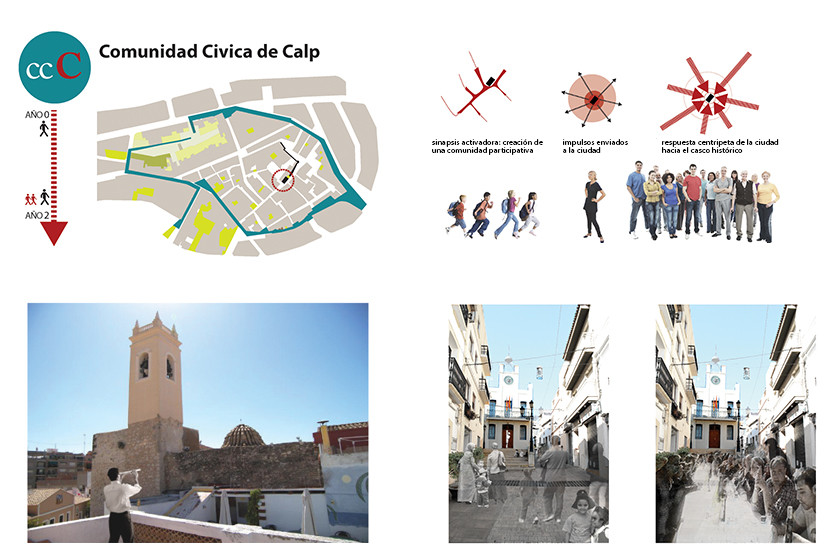 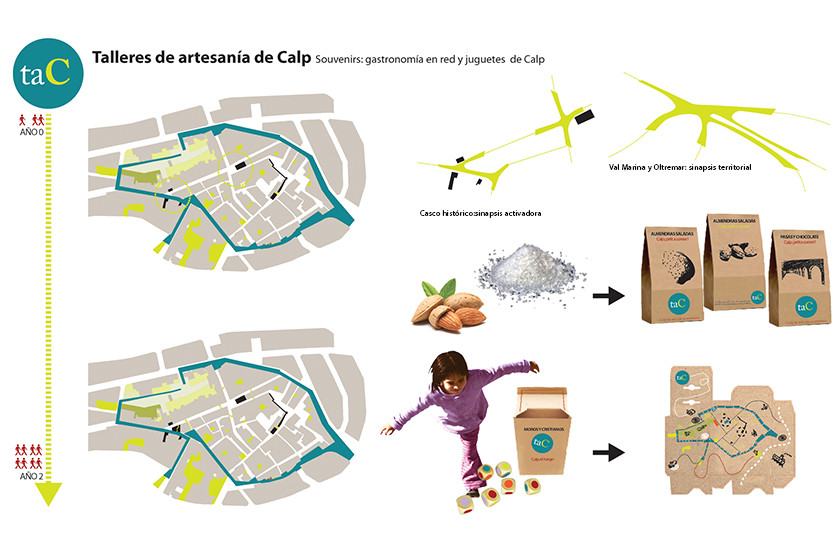 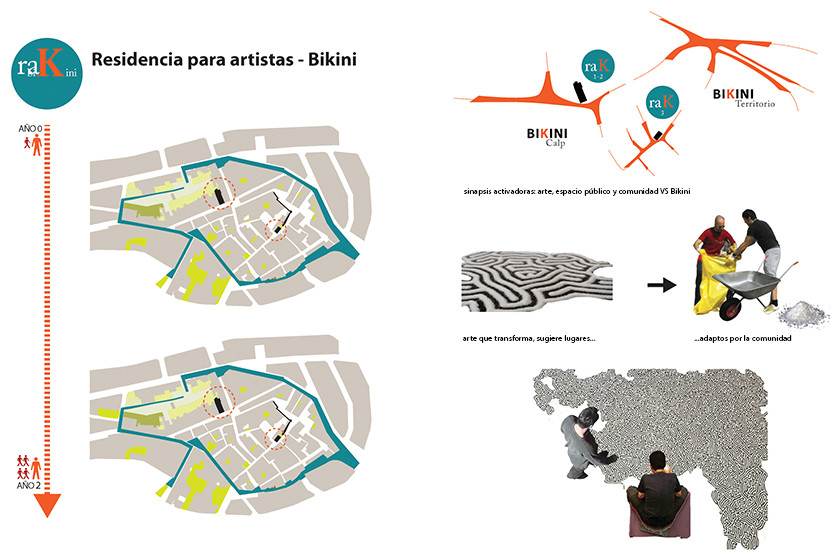 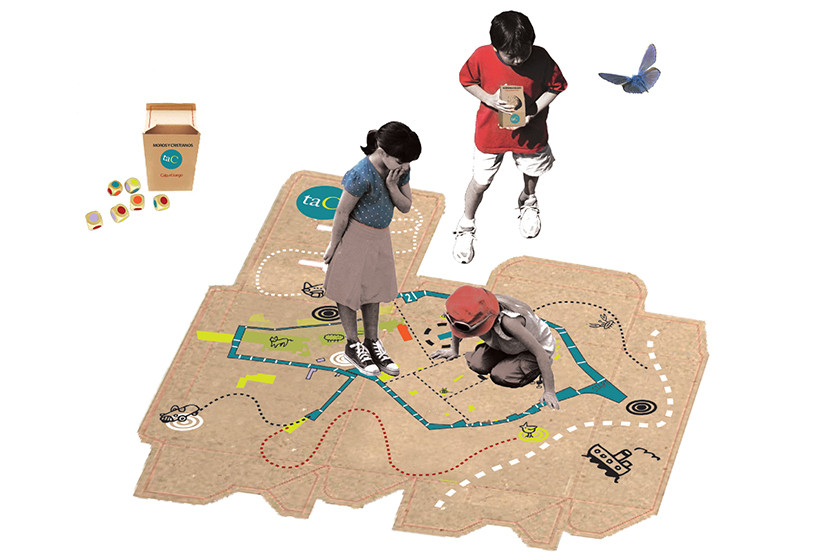 Sinapsis is a project aiming to regenerate the historic centre of Calp, a Spanish municipality located in the northern part of the coast in the province of Alicante: the goal is to restore identity and visibility to a historic centre engulfed by the out-of-scale building expansion around it.

The design strategy, defined through an intentional analysis of the context with the contribution of a multidisciplinary approach, is the result of reading and combining objective data and traces that emerge in the landscape rich in history and full of potential.

The historic centre and its needs, as well as the necessities of the resident community have been rejected over time by a model of economic and urban growth, defined by mass tourism based solely on “sun and beach”. This resulted in land consumption to the detriment of the historic centre’s identity, its abandonment by residents and the consumption of public space. The town is now surrounded by tall buildings and has lost visual, social and emotional contact with the surrounding landscape, in particular with the sea.

Calp has historically been port town, a place of exchange where people, cultures and products meet, the convergence of agricultural and marine landscape. This soul can be found in its salt pans, which seem to synthesise this meeting between land and sea.

The project proposes to recover its productive vocation (agriculture, fishing, markets linked to the original port activity), both of raw materials and ideas, as a meeting centre for people and for artistic and cultural exchange, promoting a series of actions and events which, as happens in the synapse (in the biological process, an intercellular function of transmitting the nerve impulse), can generate relationships and creative chain processes, such as to revitalise the centre.

The historic centre has been physically (re)identified with new symbolic walls, relations with the surrounding area have been (re)created (public transport and information), it has been equipped with the tools to be a Community (Civic Centre), as well as a productive-creative place (regional market, craft workshops, artistic residences) able to address the rest of the world, through an evolved cultural offer (Bikini festival) that progressively involves forgotten parts of the city.

Typology: Competition of ideas for the regeneration of the historic centre of Calp