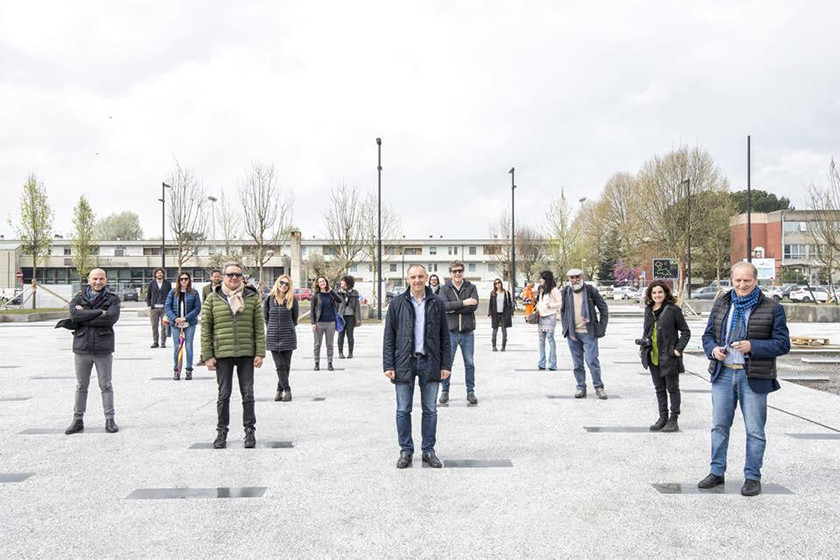 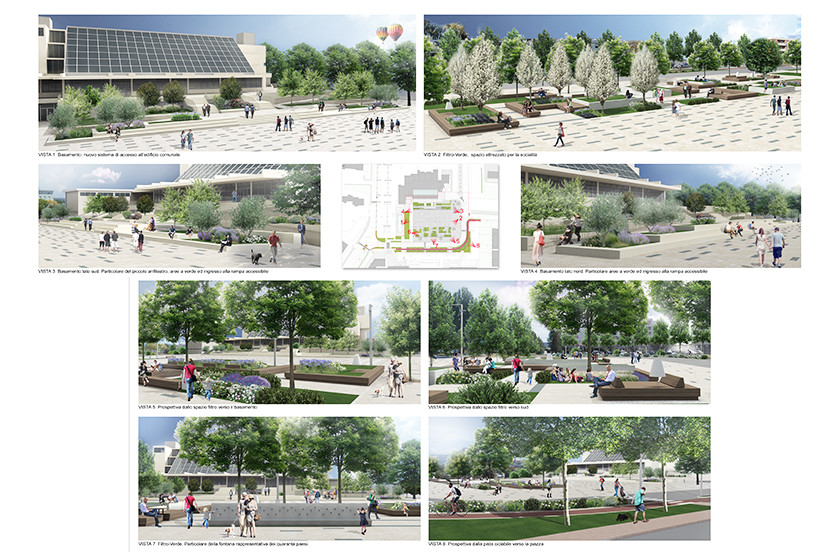 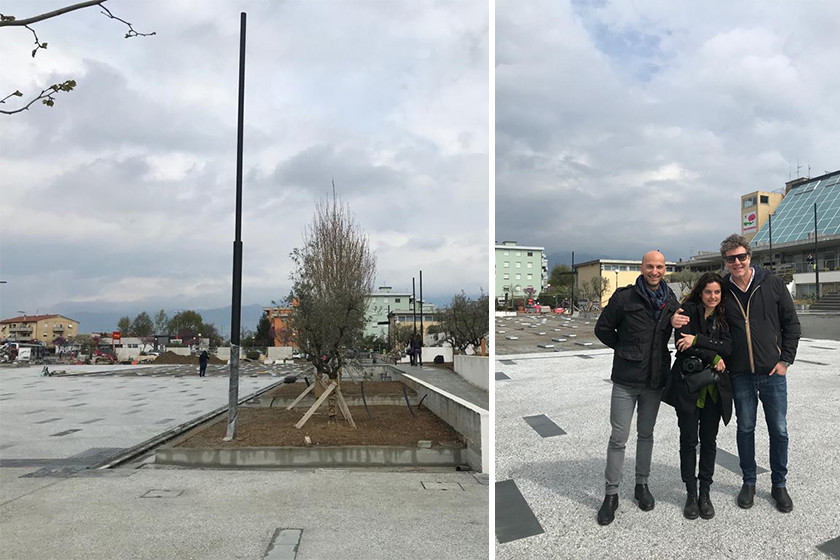 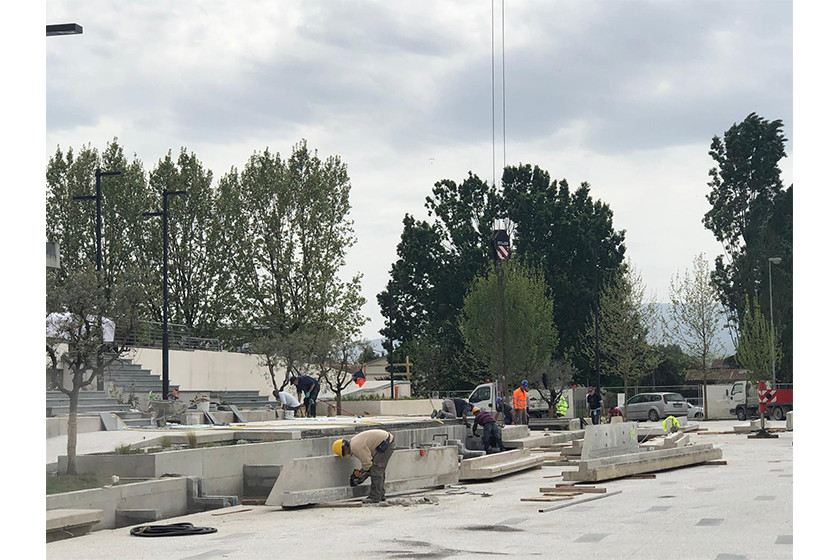 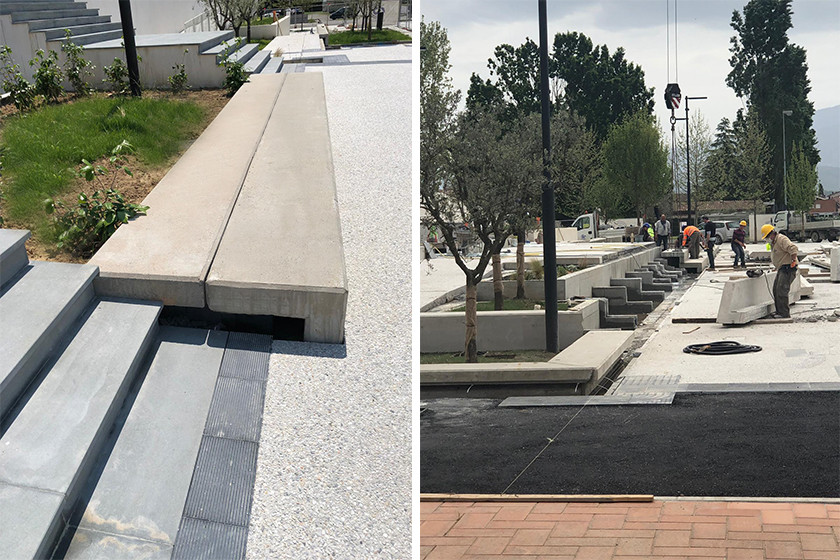 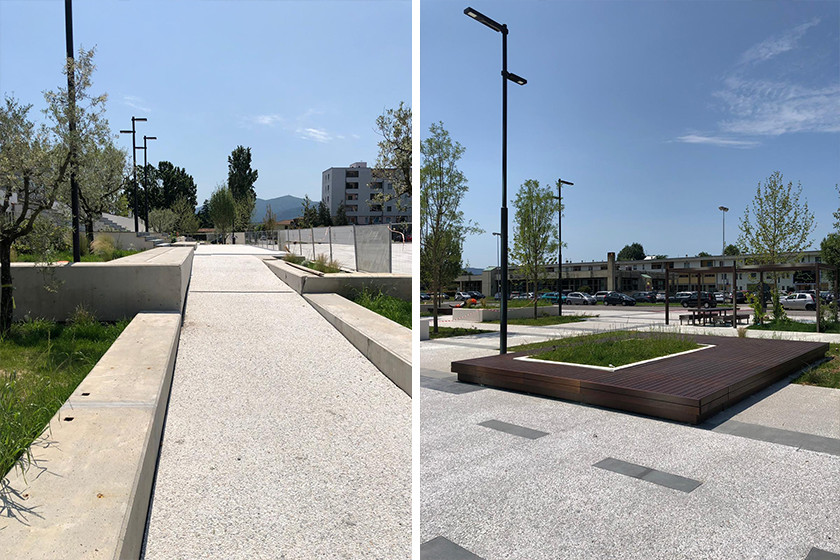 The Capannori Square project is an important opportunity that could allow us to enter some virtuous circles for the promotion of landscape design, as the backbone of public space and production of social culture within the urban space.

Telling the story of how this rightful muddy space was created and not relegating greenery to mere decoration applied like a colour to the architectural structure would be a mistake and a practice that is neither virtuous nor contemporary.

Green is a material and determines the form of architecture in volume 0 as much as concrete or a step and a ramp. We would like to at least try to tell the story of the design process in the right way, even if we have not done so.

The Aldo Moro square, the first piece of an aspiration for urban regeneration of the city of Capannori, becomes an example of a method of acting and thinking as well as a representative element of the role that the city aspires to play again in the system of the “40 villages” that make up the municipality. The design experiment involved the work of the three design groups, winners of the competition for the urban regeneration of the city of Capannori, who made an immense effort to synthesise architectural and landscape visions similar in purpose but extremely different in the creative and functional process.

The project establishes the fulcrum of a linear system of north-south hinge between the territory and the city itself, which features the new tree-lined bicycle path and aggregates along with its structure spatial elements (squares, public buildings, rest areas, openings towards the territory, etc.) as well as functional elements that define the new ways of social life within the existing urban fabric.

Under this socio-cultural system undergoing a redesign, the Piazza del Comune synthesises a variety of functions and symbols of prime importance for the city that will enliven its days, making it a protagonist: from special events (May first concert, Christmas) to weekly appointments (market) and daily life, the square will be animated in its folds and its wide spaces, opened according to a variable calendar and frequency.

Removing the names of the 40 municipalities from the stones that make up the paving in an alternation between light and dark of the materials used: architectural cement and matraia stone for the inserts, was a deduction from the symbolic meaning of this place. Fortunately, the fountain, a symbol of the water that makes this area rich, was not cut away.

The greenery from the fluid edge of the bike and vehicle flow to the rising system that climbs up to the architecture takes on a variable character, which looks more “urban” along the roadside and more agricultural in the stairway leading to the municipal offices.

Usability and enjoyment were the keywords used to define the intervention in linking the greenery. We would also add simplicity and low-cost maintenance. For this purpose, a seed mix was recommended and used to create rustic and flowering lawns with a reduced need for mowing and water resources.