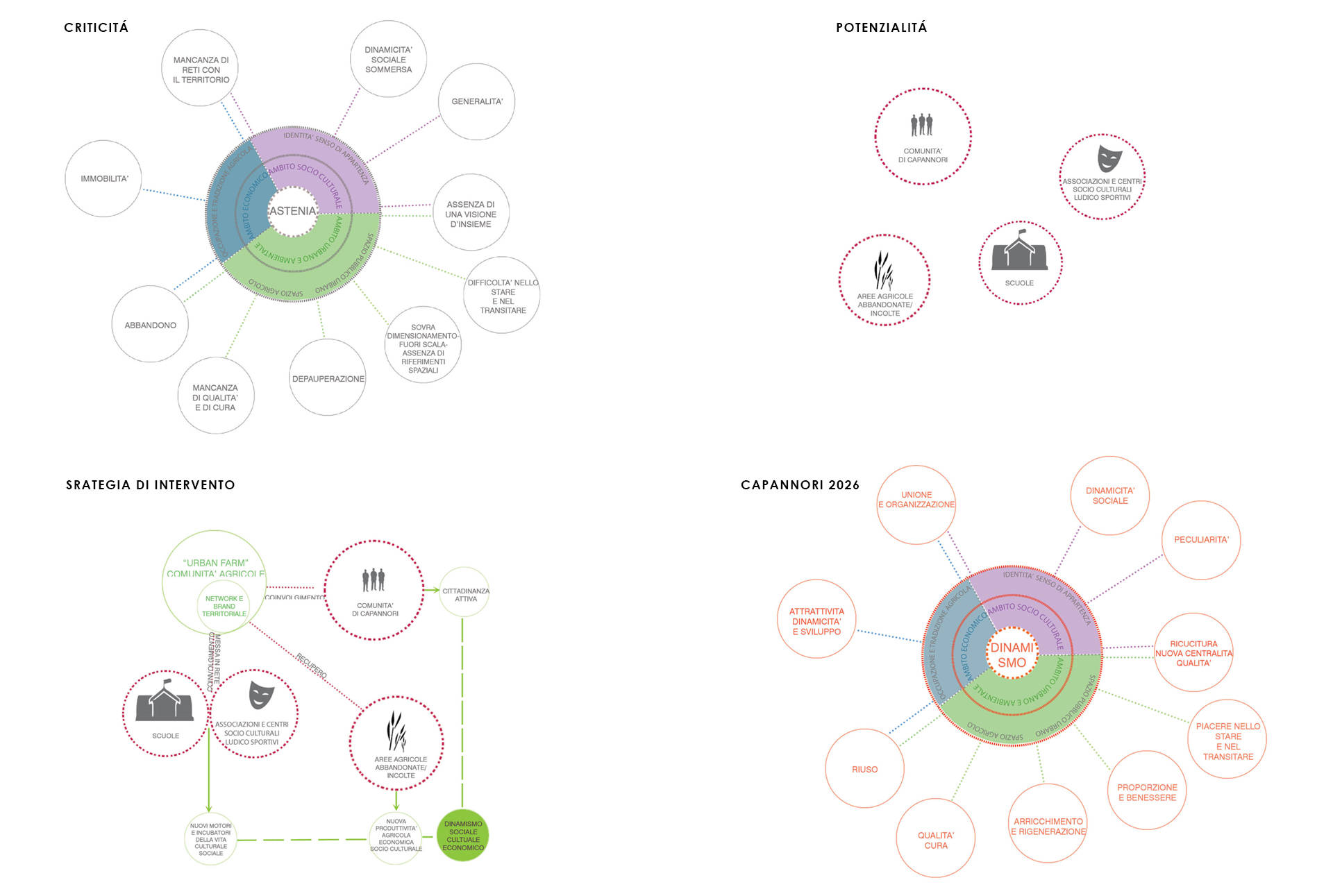 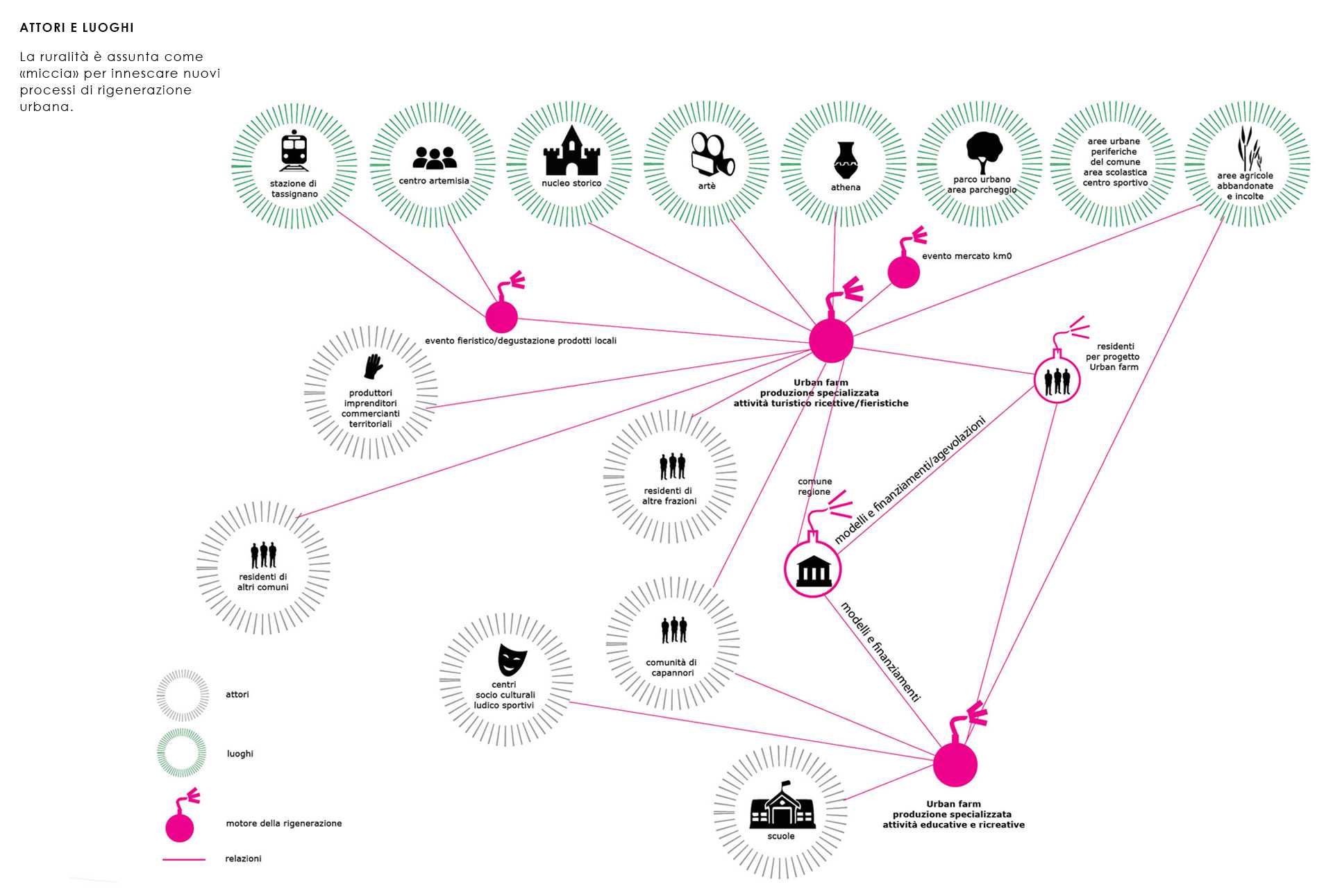 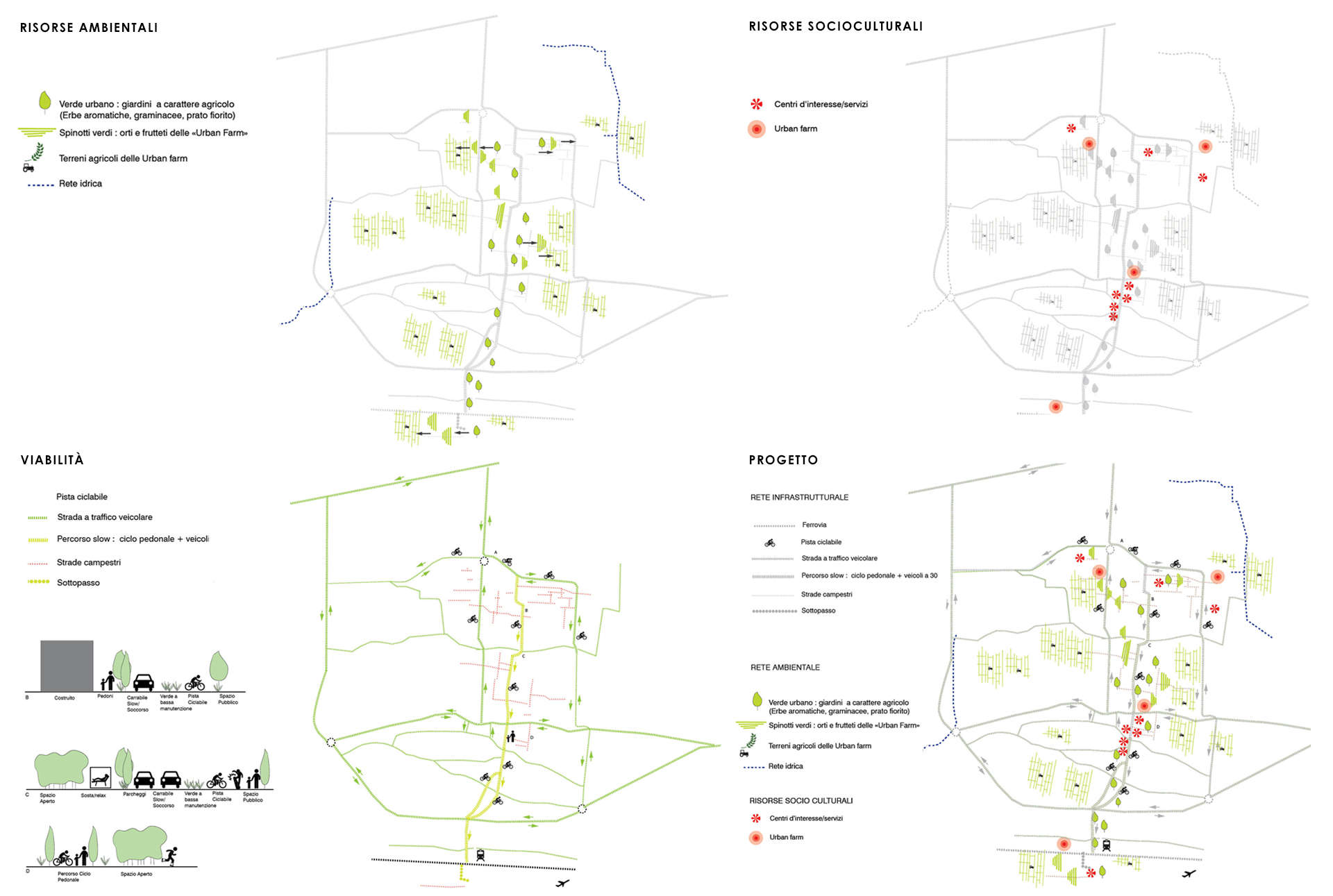 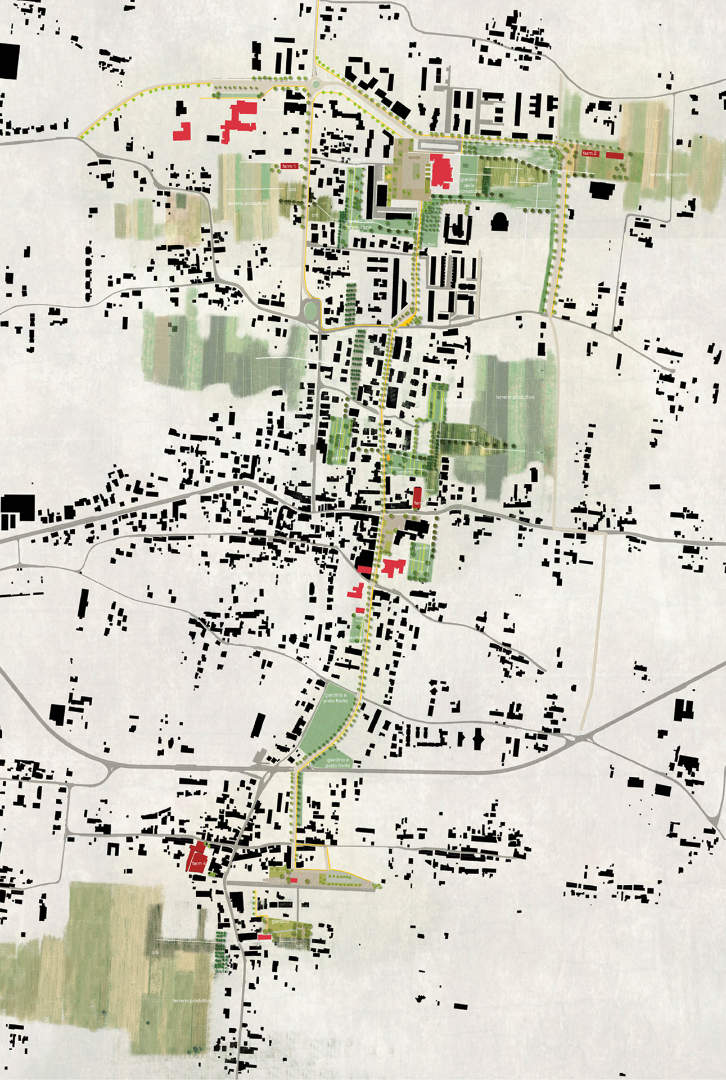 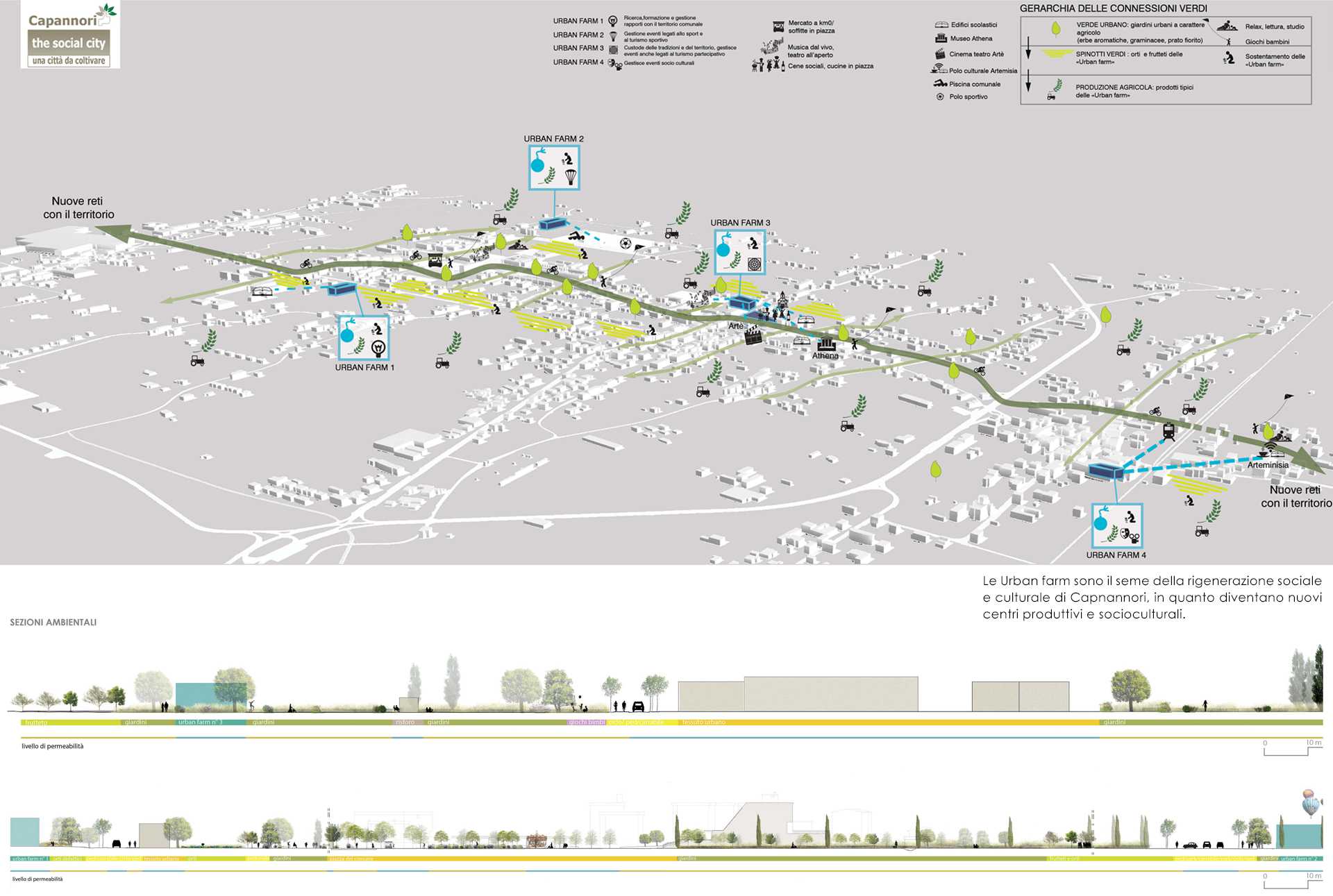 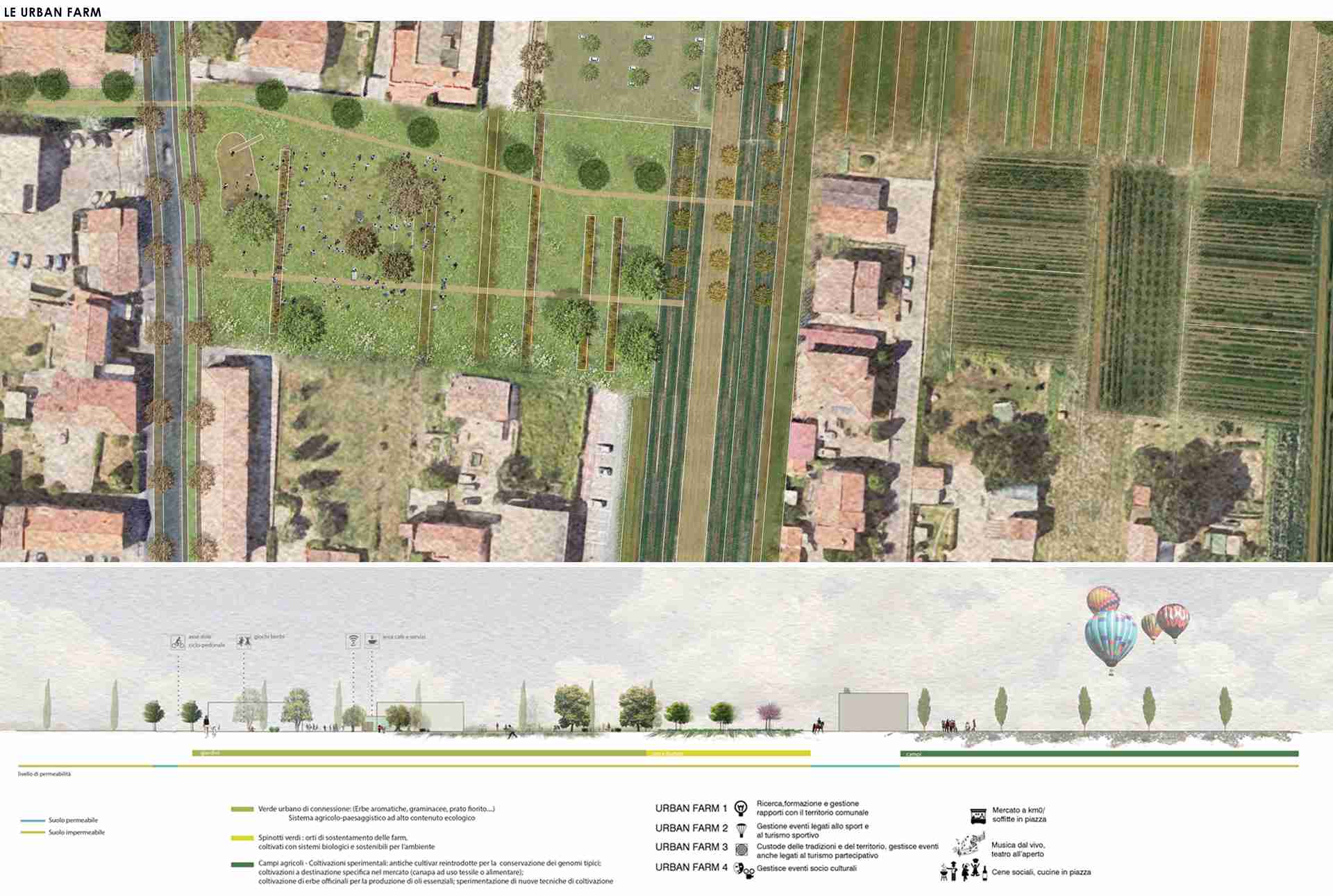 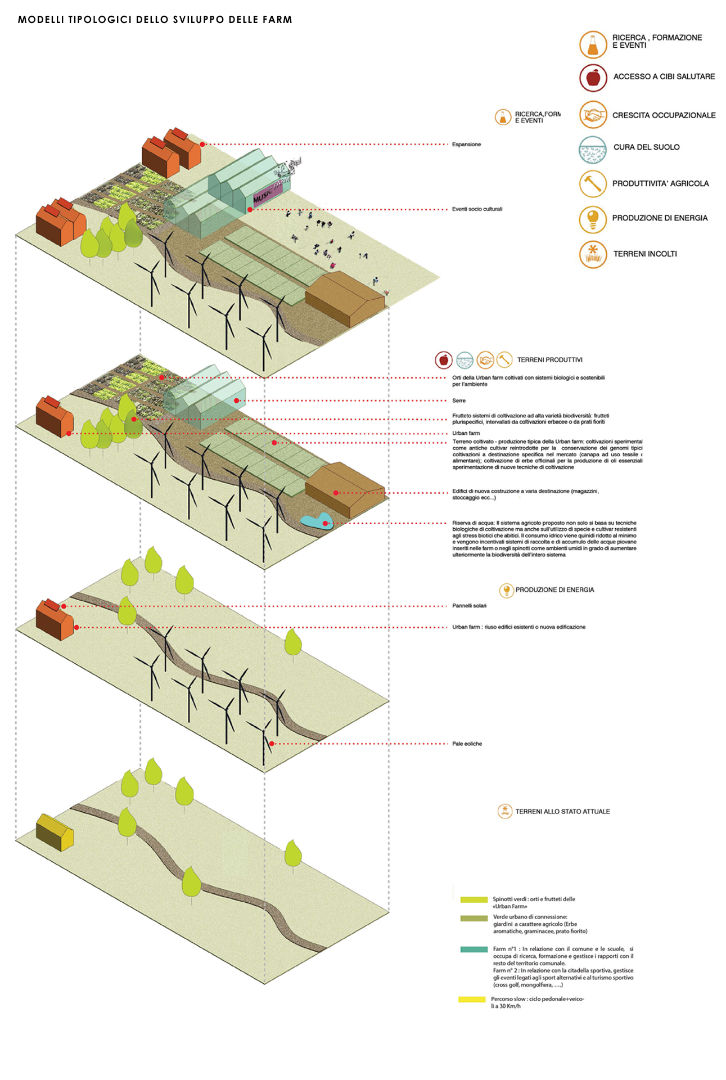 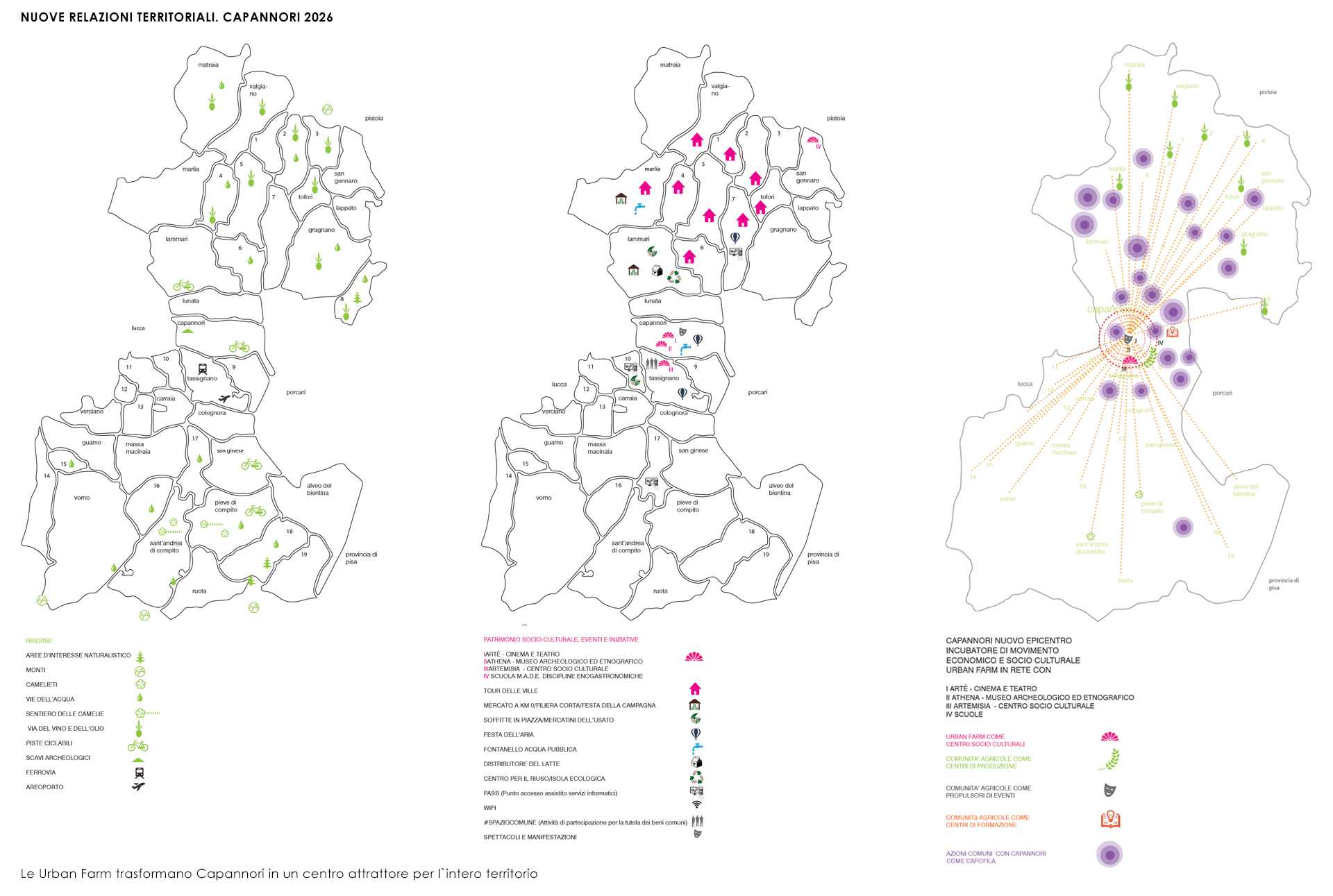 The masterplan restores the vision of a possible active future for a territory that, aware of its marginal position compared to the infrastructural networks and functional polarities of the plain of Lucca, imagines to find a new role in the local context, through the enhancement of existing resources and propensity for its rural dimension.
On a sparse, scattered and morphologically unstable urban fabric, the proposed vision prefigures four functional and social “fuses” (urban farms) that become places that activate an integrated and synergic process of territorial development.

These polarities represent the fusion areas of the physical and productive components, simultaneously linked to the urban and rural dimensions.

The system of urban farms, distributed on the edges of the urban space, generates an inevitable reactivation of the context on several levels:

A microcosm working in unison as a system of interconnected gears in which each element is indispensable to the whole engine.A possible utopia of a new-ancient productive system that can repopulate the city by attracting new young residents and recompose the collaborative energy between the 40 municipalities that are part of the territory of Capannori, each with its own peculiarities and strengths.