Municipality of Igualada and the Autonomous University of Barcelona (among the collaborators: Rachele Bonadio) 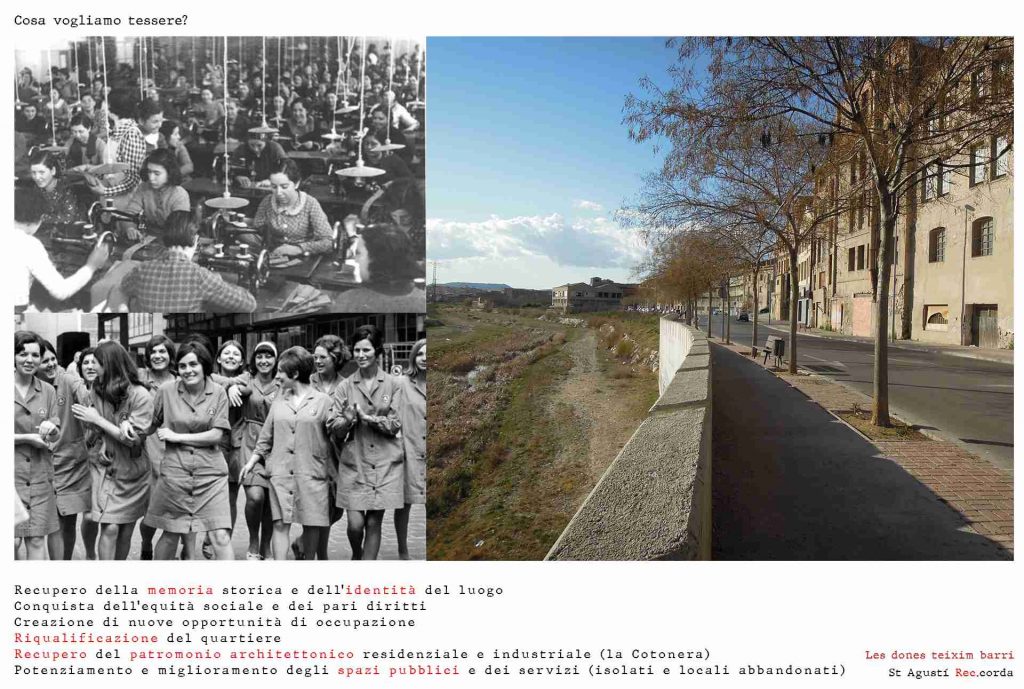 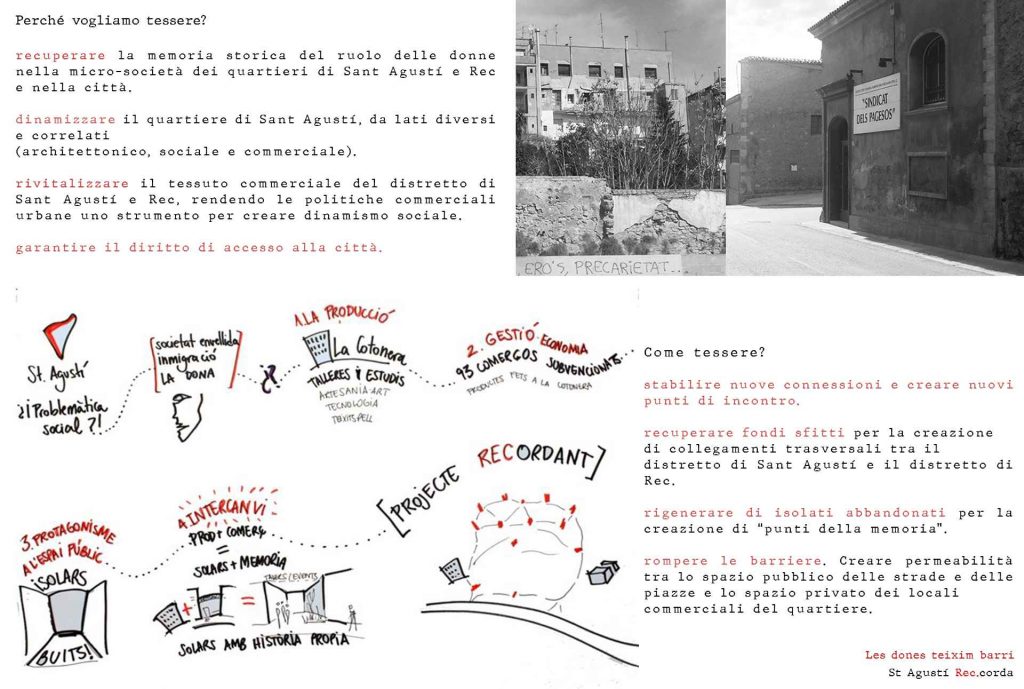 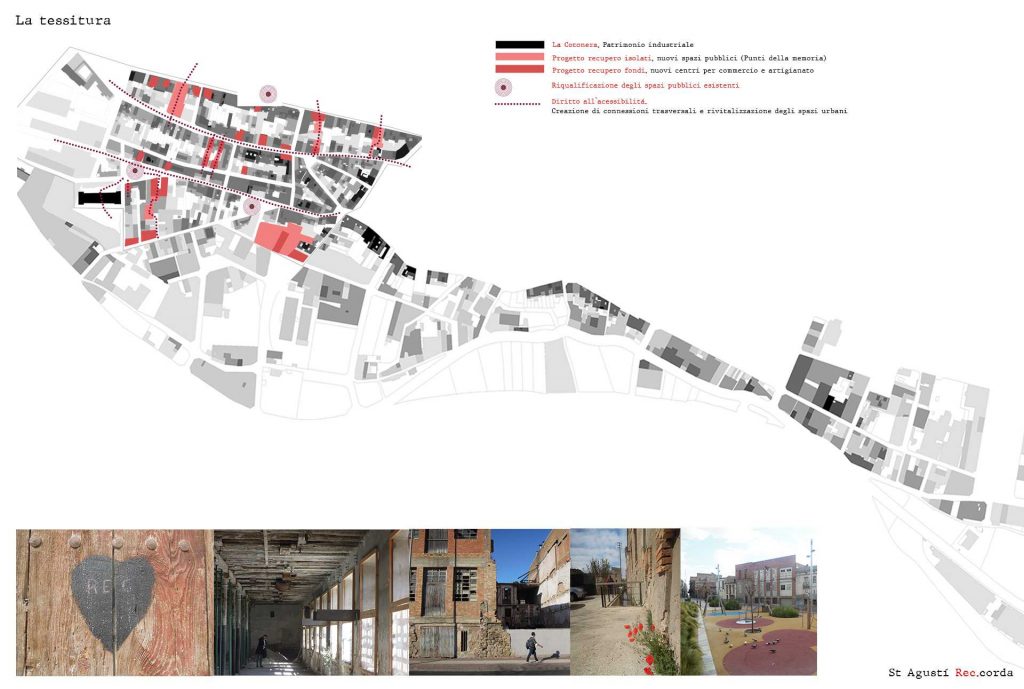 The project originates from the collaboration between the administration of Igualada and the Autonomous University of Barcelona, ​​with the aim of promoting and developing a project of ideas for the activation of an integrated intervention program that targets the redevelopment and revitalization of the neighbourhoods of St. Agustí and the Rec, based on an urban policy program that focuses on the socio-economic development of the local community, with particular attention to the most vulnerable social categories.

Indeed, the necessary multidisciplinary approach to the project required the collaboration between different professional figures: architects, geographers, sociologists and anthropologists.

Igualada, a Spanish municipality of 38,918 inhabitants located in the autonomous community of Catalonia, is a historic and important industrial production centre, recognized as a UNESCO World Heritage Site, and its urban landscape is characterized by its remarkable abandoned industrial heritage, which represents a great opportunity to the city, both in terms of tourism (industrial tourism) and for the development of the local economy and socio-urban dynamization.

The neighbourhoods of St Agustí and the Rec, historic and important working-class districts, are characterized today as multicultural centres – inhabited above all by young people – in which the most vulnerable group is that of women, a category that has always characterized the neighbourhood’s identity, being great workers and the driving force of social and economic dynamics. The design vocation retraced in the context led to the formulation of the motto “Women weave the neighbourhood”.

The project strategy was built by intertwining the analysis of objective socio-economic and urban data and the reading of historical traces found in the context. From the intentional analysis of the context, a two-level project proposal was developed:

The objectives: to create new urban centralities, revitalize neighbourhoods, raise the standards of living and improve the life of the community, create new job and socialization opportunities, with consequent enhancement of the entire city.

Typology: Project of ideas for the socio-urban regeneration of historic neighbourhoods of St. Agustí and the Rec of Igualada