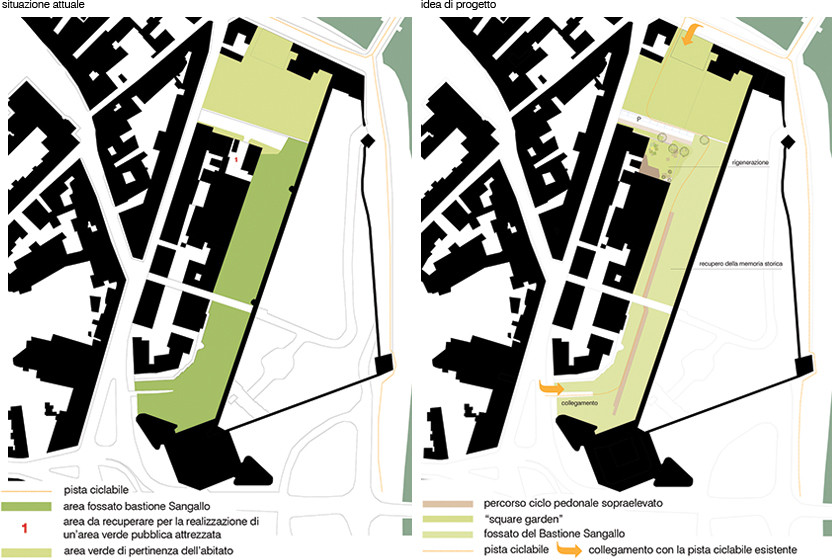 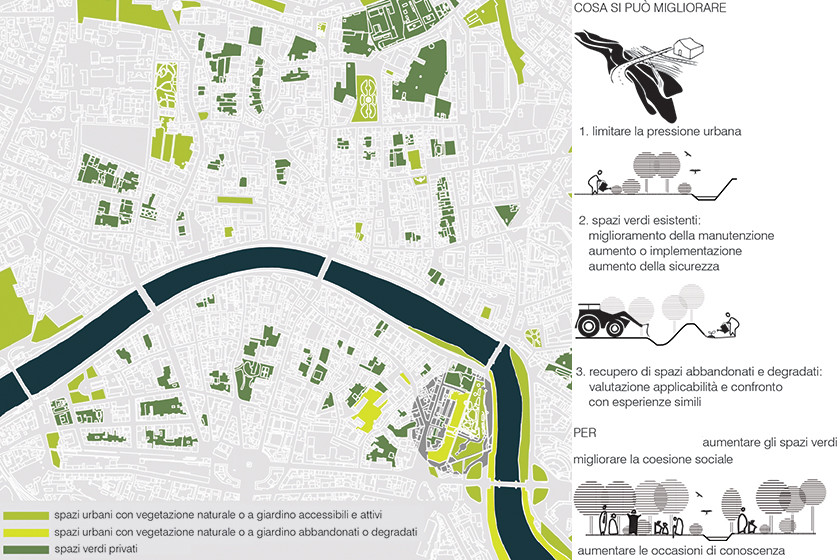 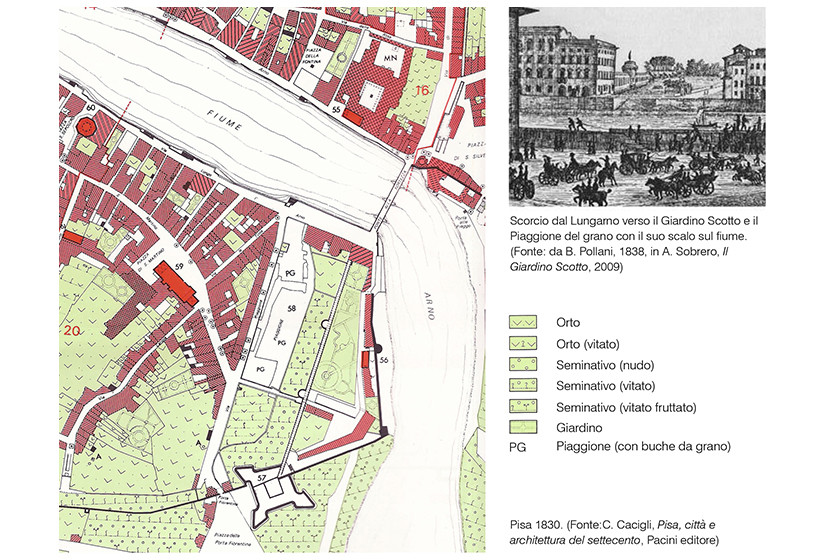 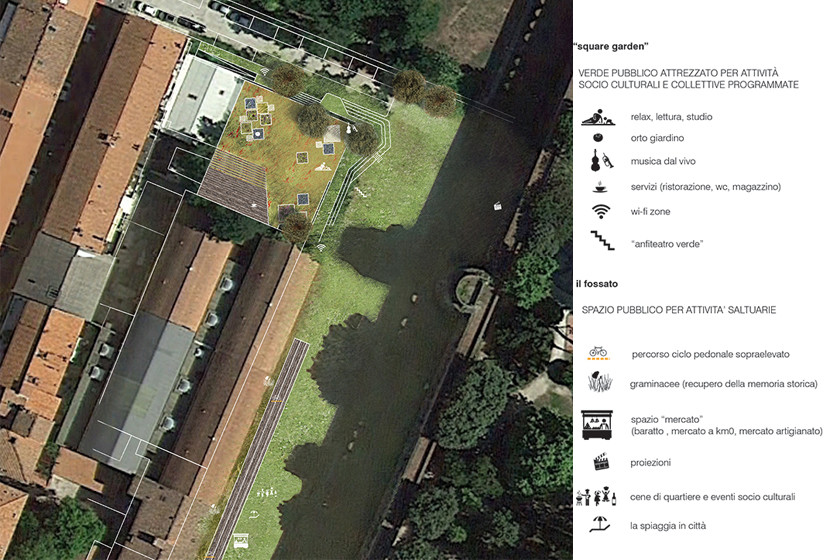 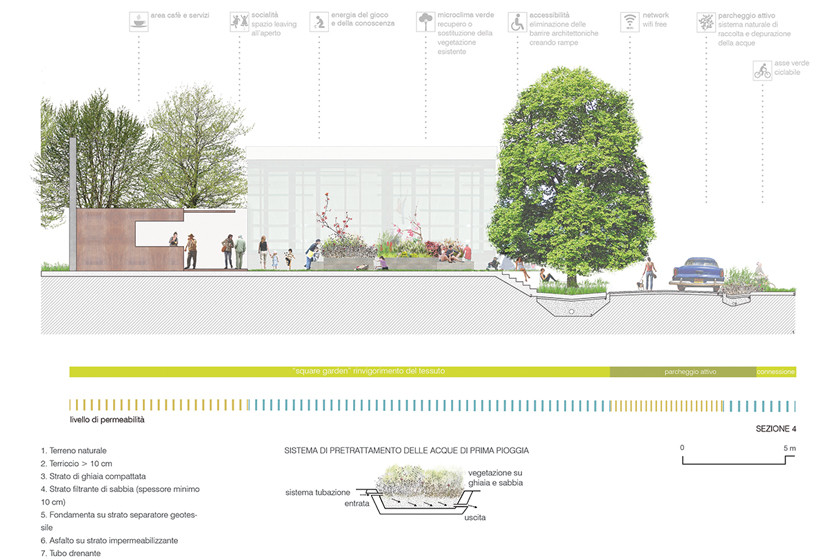 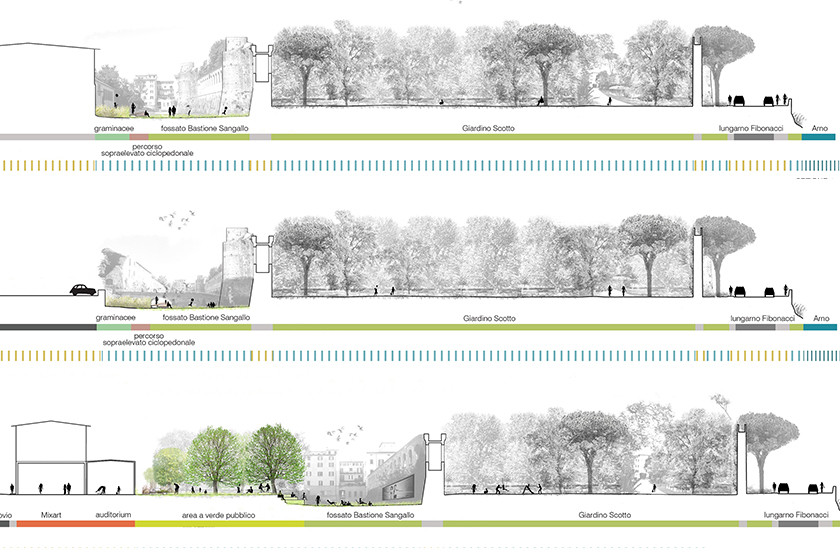 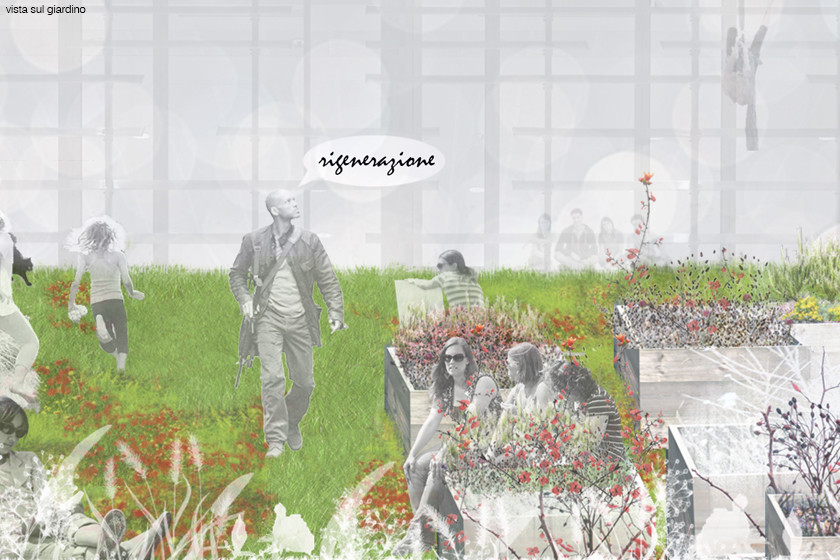 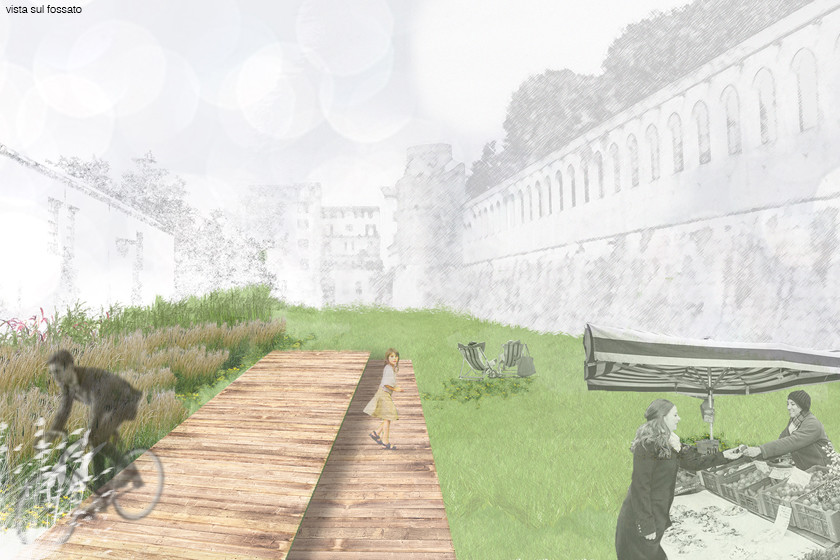 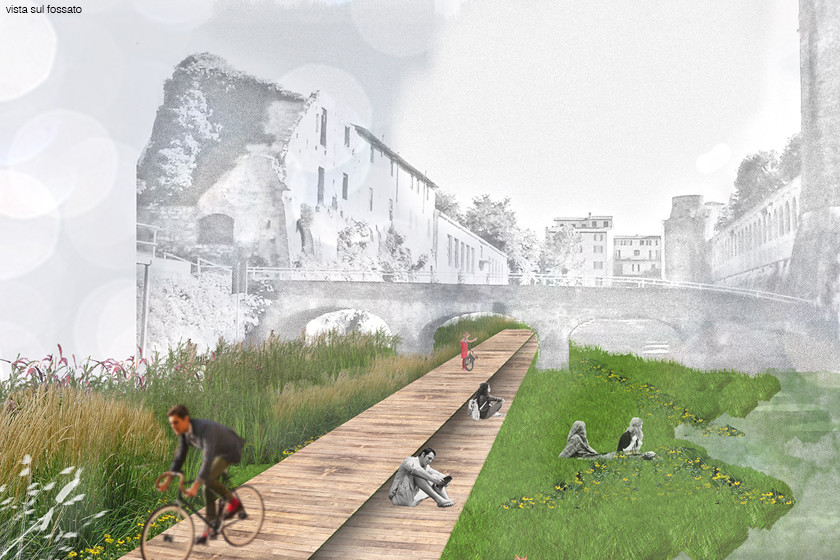 Via Giovanni Bovio is a very central but secluded street in Pisa, compared to the bustling San Martino and Piazza Guerrazzi, one of the city’s main hubs. The street has a specific and changing character due to the activities and places of interest that enliven it: the Imago, the Agorà, the AltroProgetto restoration and recycling centre, a ceramist, the gyms of the Province that host schools, sports activities and sun camps, and last but not least the Mixart cultural centre.

Arriving from the Lungarno, what strikes us most of all are the ruins of the Second World War, fragments of houses invaded by vegetation that define the new prospect on the river. The memory of the bombings and the need for historical memory have fallen into decay in such a central and active residential and cultural context.

Founded in 2014, the Mixart association, which includes more than 40 associations, 1,500 members, two editorial offices of newspapers and artists in residence from different backgrounds, immediately demonstrated active interaction with the place and its residents, in the conviction that a socio-cultural centre must necessarily and primarily be a point of reference and exchange with the neighbourhood, in order to aspire to be one for the entire community.

People arrive to MIxart skirting the collapsed houses overlooking the Arno river, and park their bicycles and mopeds on a gravel road overgrown with vegetation; as they enter the walls they discover rubbish, abandonment and another war ruin that has become a sort of secret garden, uncultivated and dangerous. From here the connection to the walls and the Scotto garden is direct and mediated by an immense lawn, which in the past hosted some collective city events, while now is in a state of abandonment and degradation, too.

The collaboration between Mixart and Arscape is triggered at this point of the history of these places, and in the wake of a dream as well as a political awareness: to rehabilitate a public asset with enormous potential by awakening the resident community and stimulating the administration to take care of a piece of the city that is as important as it is forgotten.

The old half-collapsed house will become a productive garden in which vegetables, fruit and new cultural traditions will grow: the “square garden”. The name, taken from the shape of the space but also referring to the central role of an officers’ square in a ship, speaks of a place for planning and designing activities as well as relaxed, everyday conviviality.

The goal of opening it on April 25, 2015 to introduce it to the city and stimulate an active collaboration of volunteers, both resident and non, was derailed in the folds of an asphyxiated and unproductive bureaucracy. The only result achieved with great determination was the town-planning variant that changed the use of the space from a car park to an equipped green area, concentrating the parking areas towards the riverfront in place of the two larger ruins.

This will create a green corridor, for pedestrians and cyclists, from the Arno towards the interior, with the square garden as the fulcrum between the river and the walls of the Giardino Scotto, a continuous space in which the association’s activities will be mixed with those planned by the community (local markets, open-air film screenings, study and reading areas, children games, the beach in the city, semi-covered spaces for recreational and educational activities, a refreshment area in which to consume products from the urban garden).

Typology: Proposed modification to the variant of the Urban Regulation, area of the Isolato Bastione Sangallo