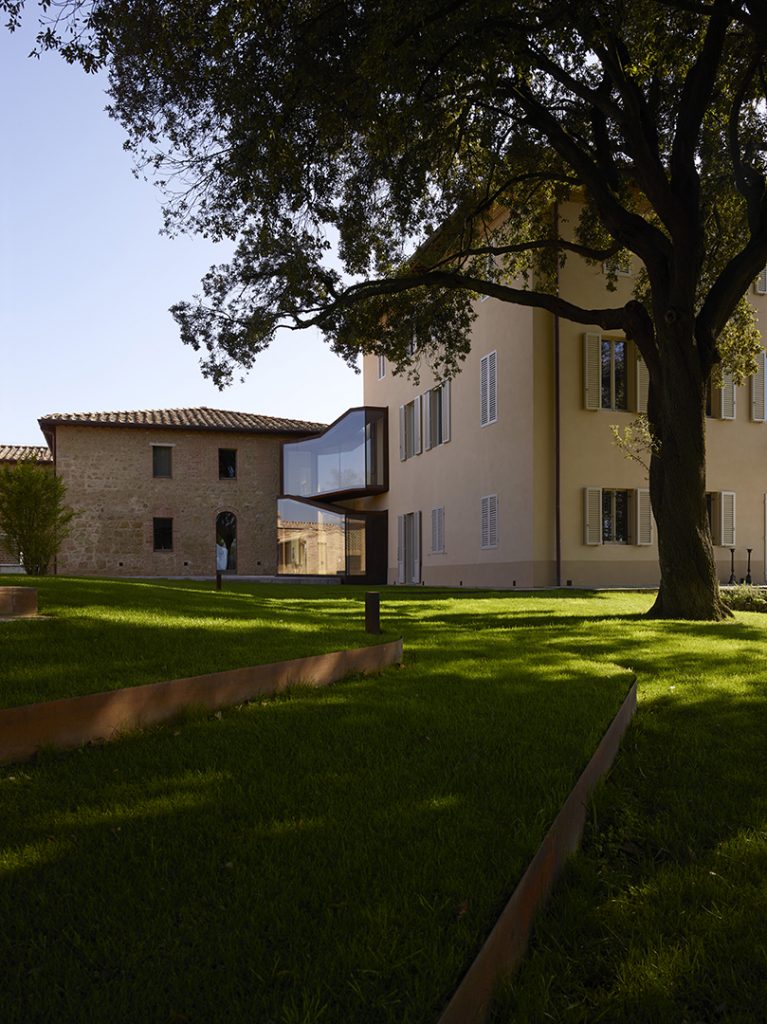 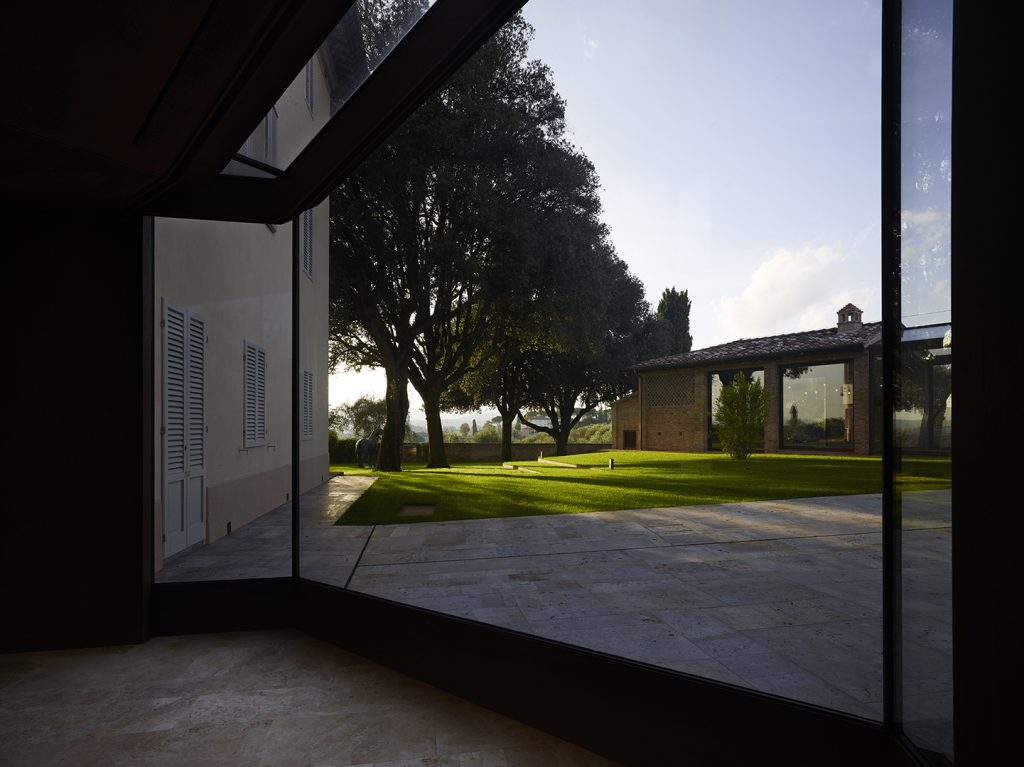 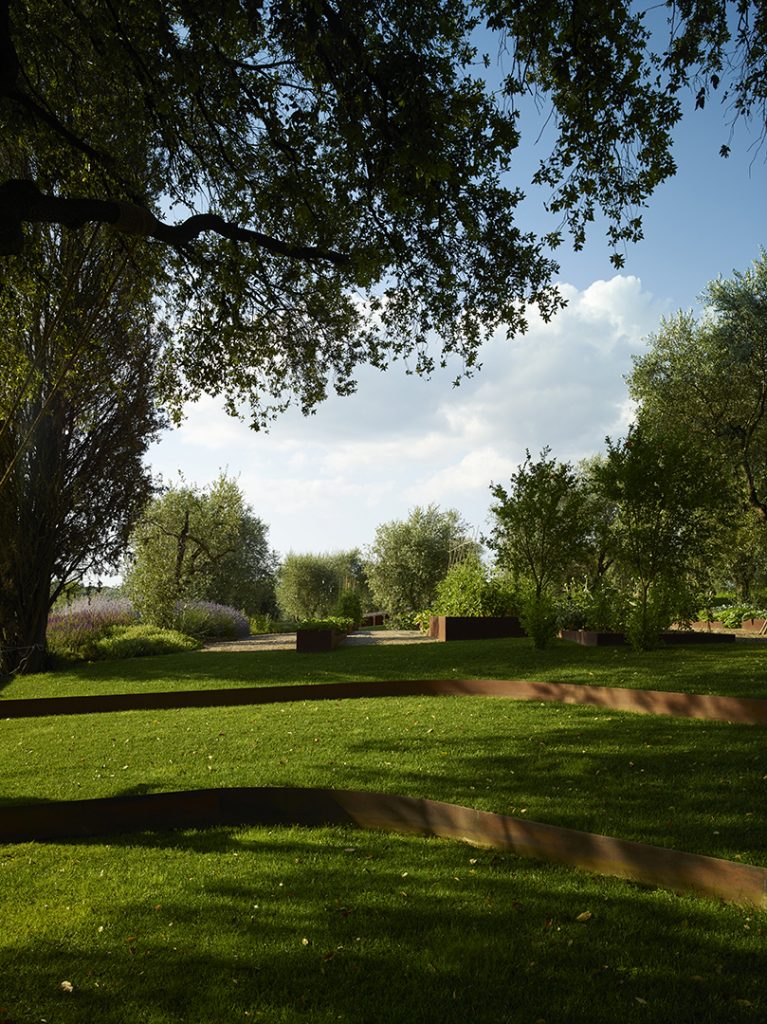 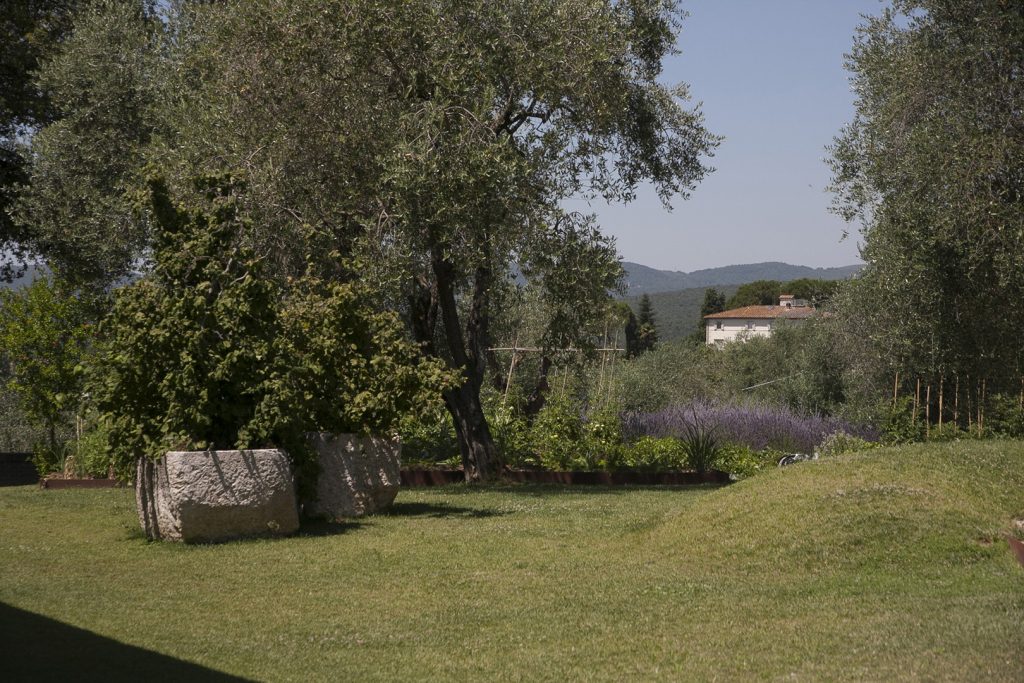 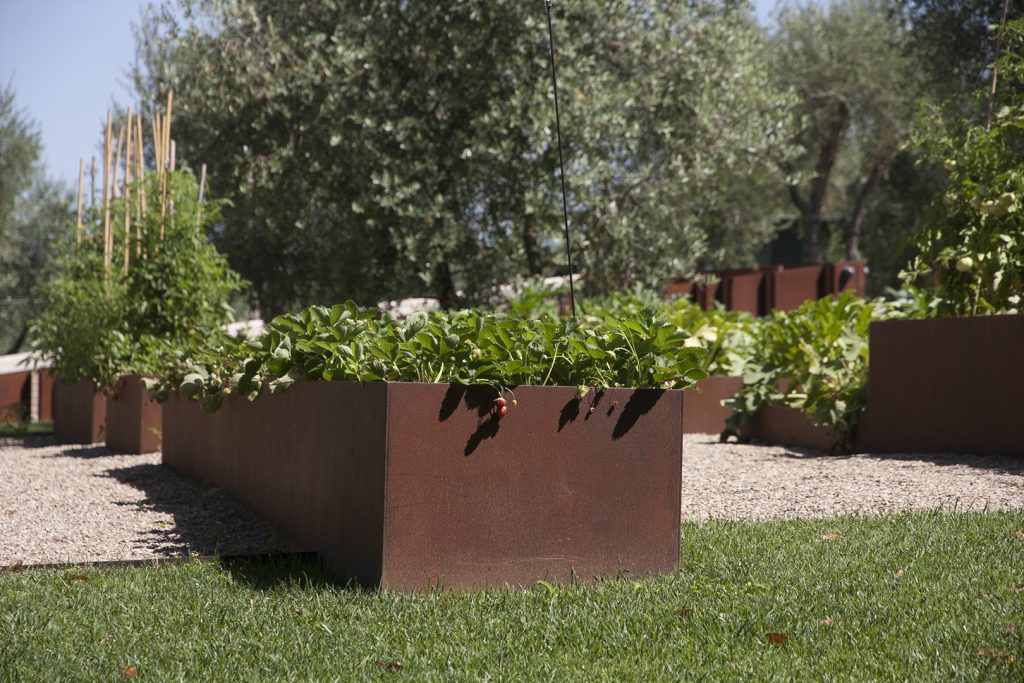 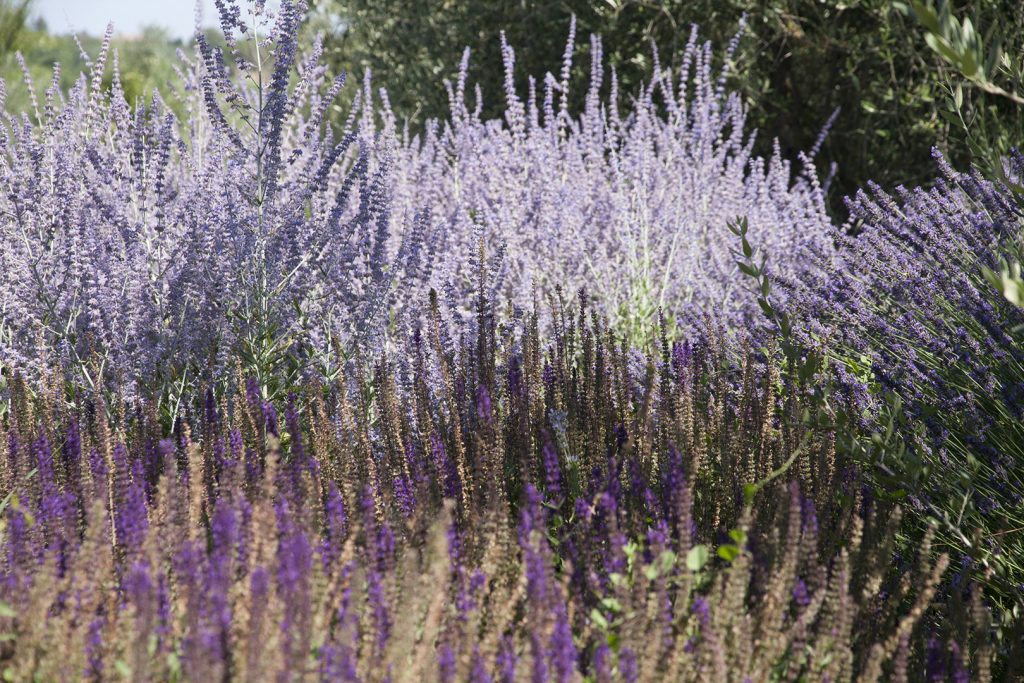 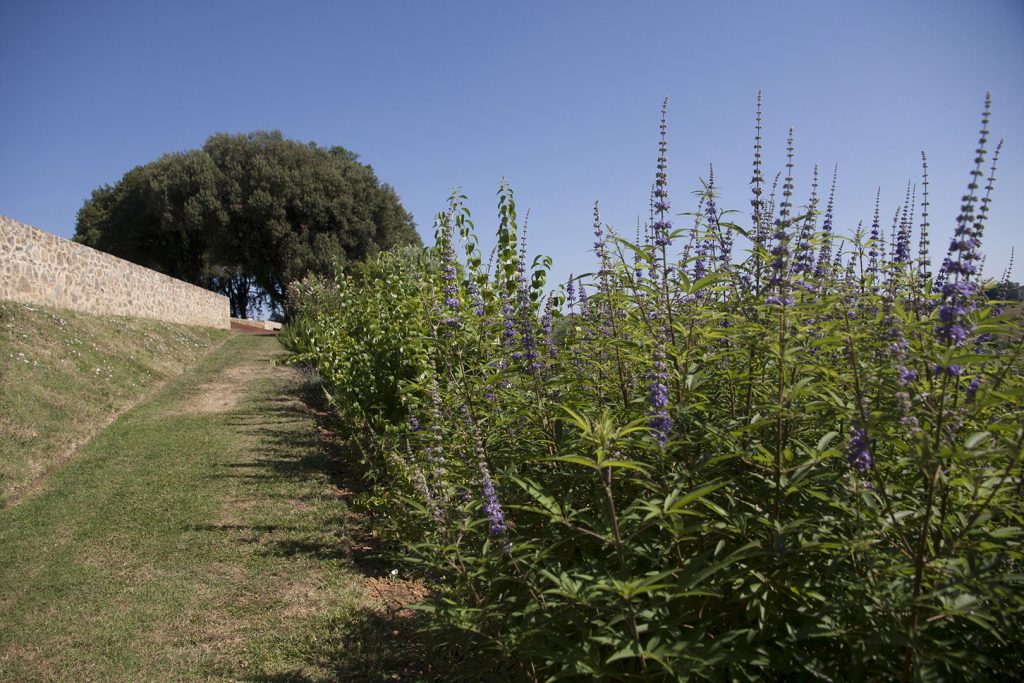 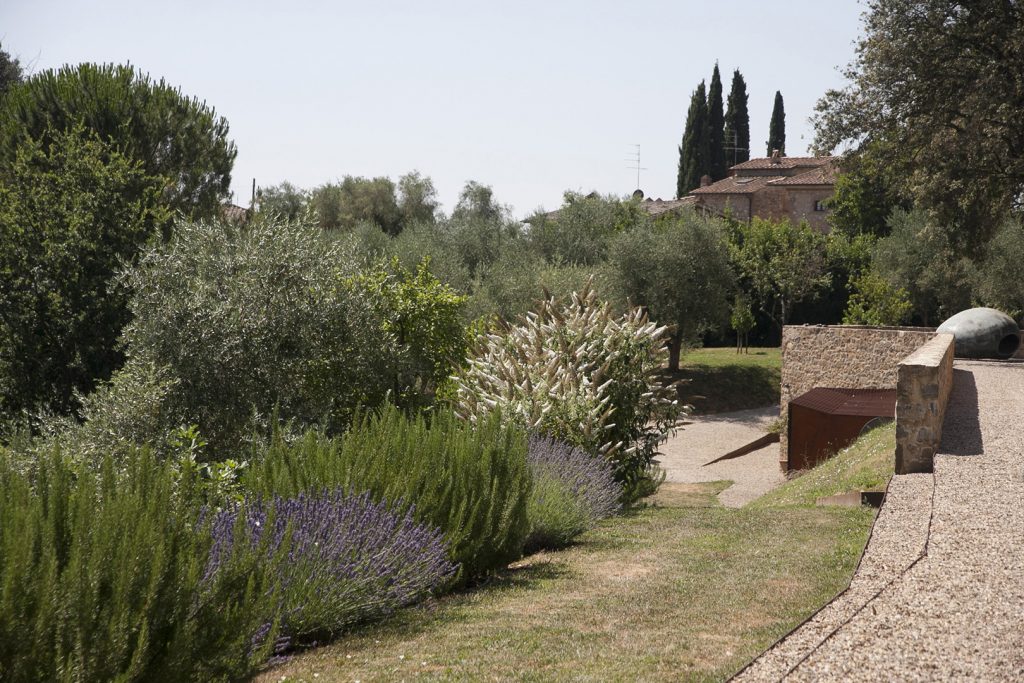 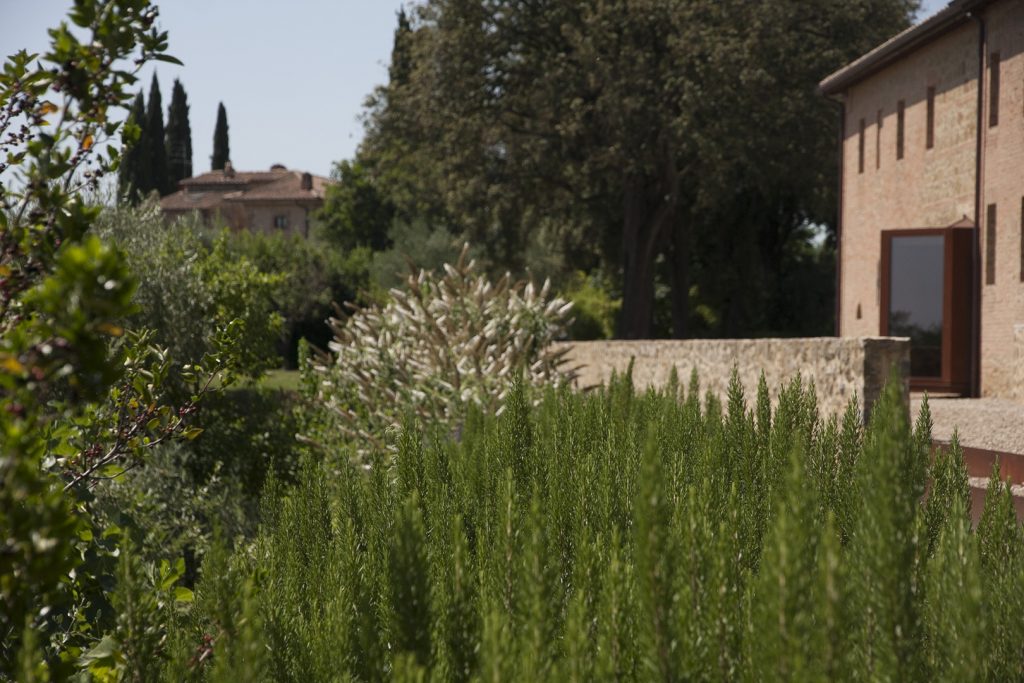 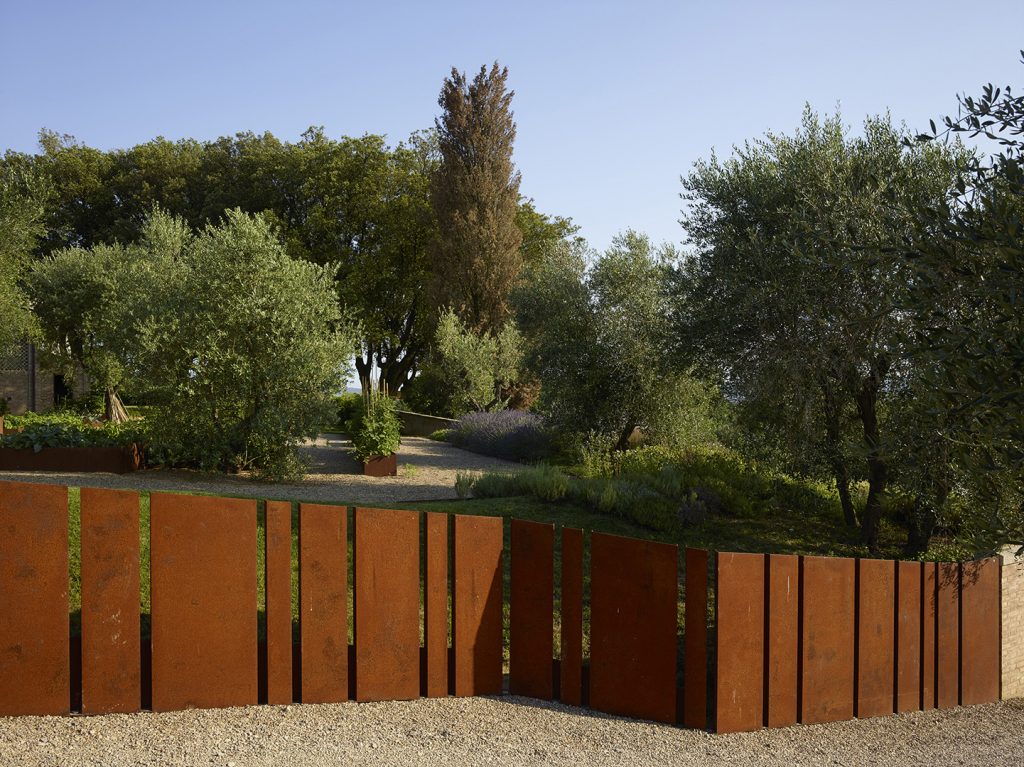 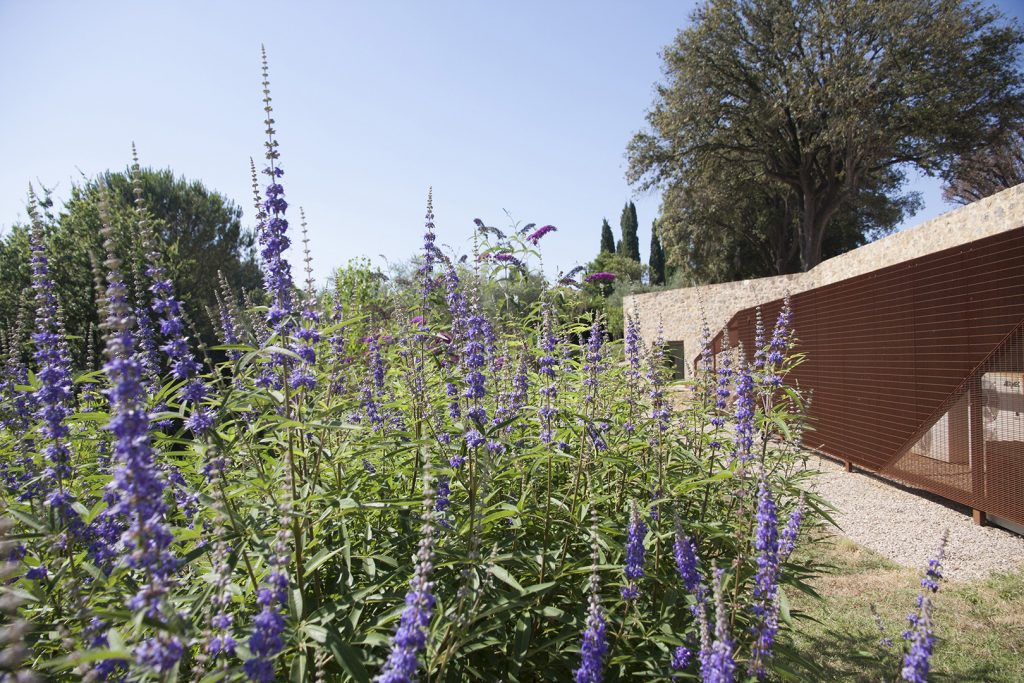 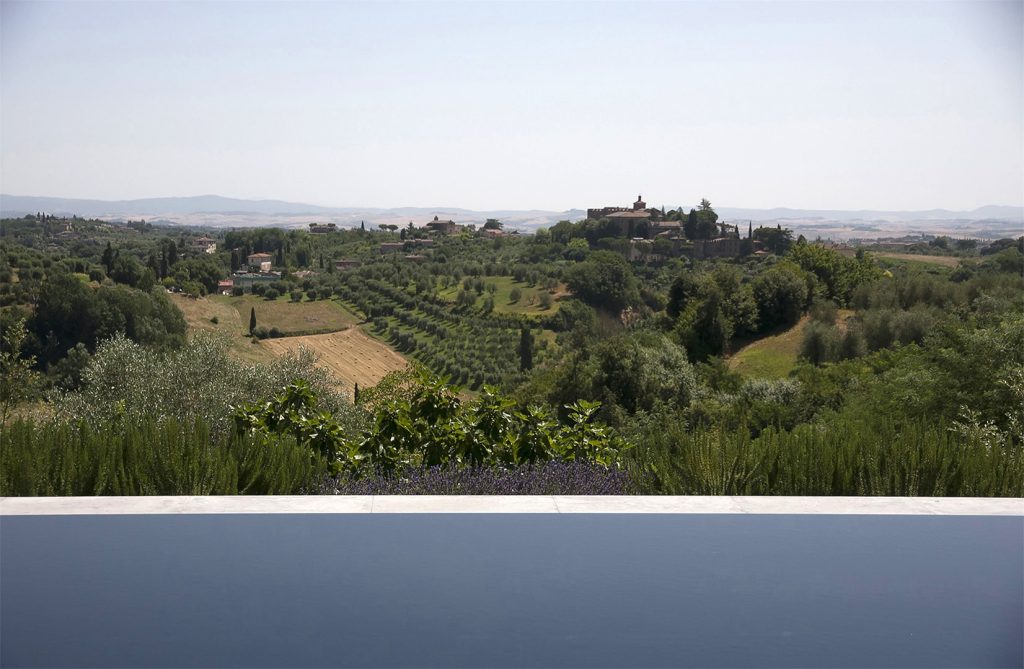 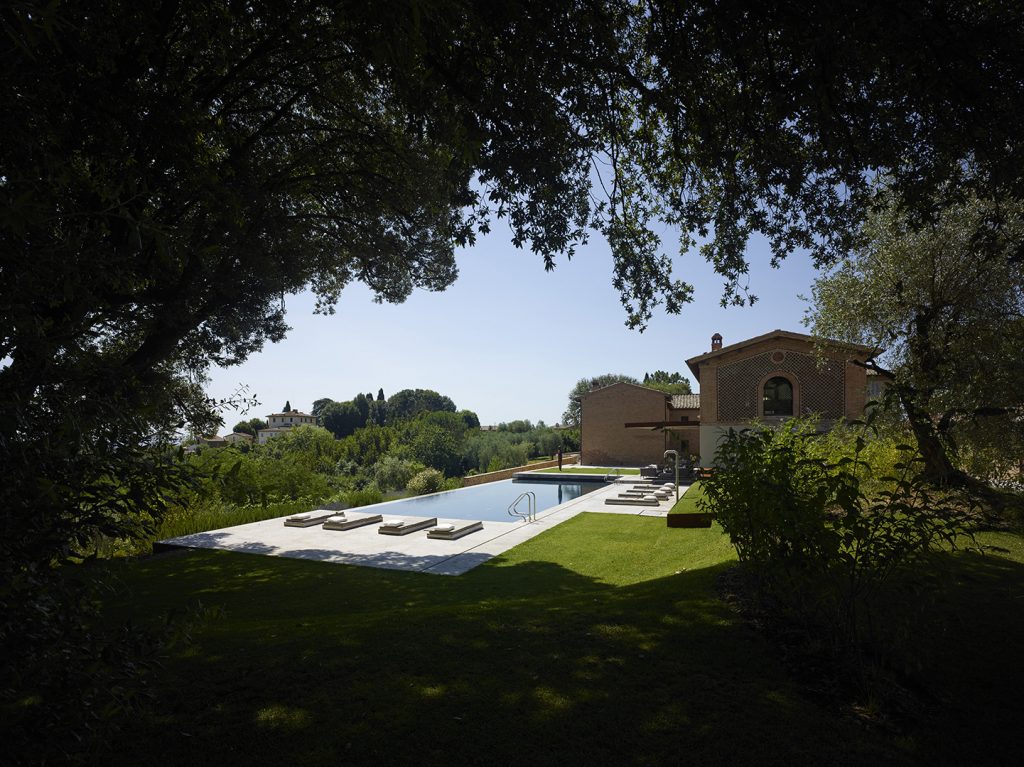 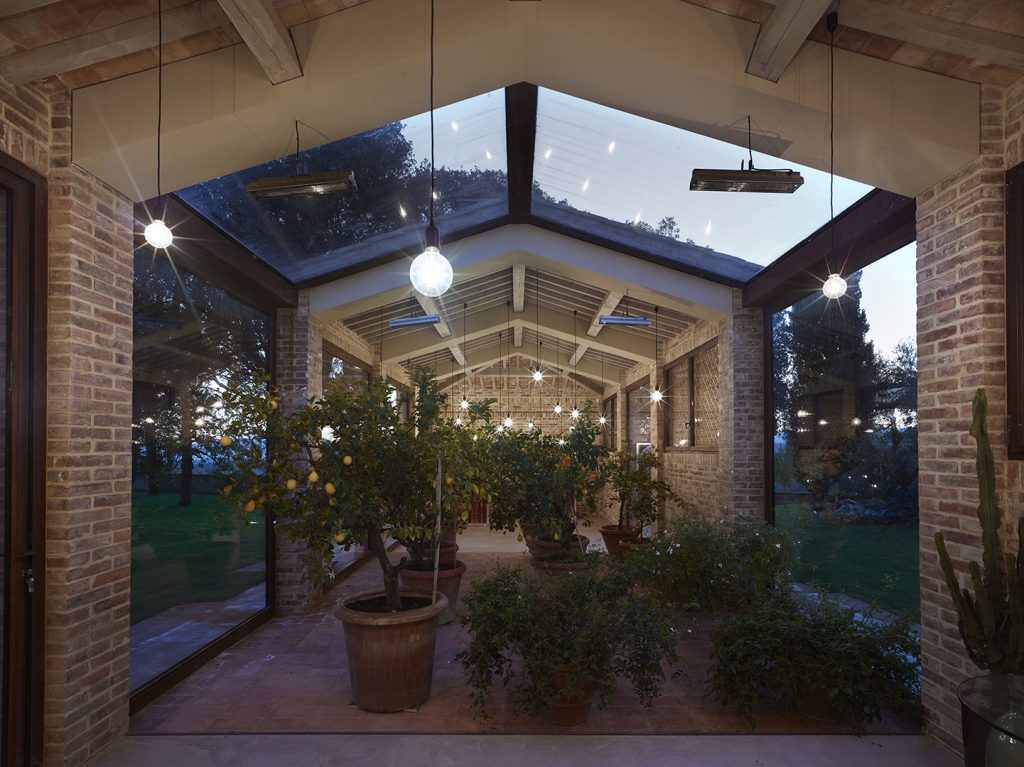 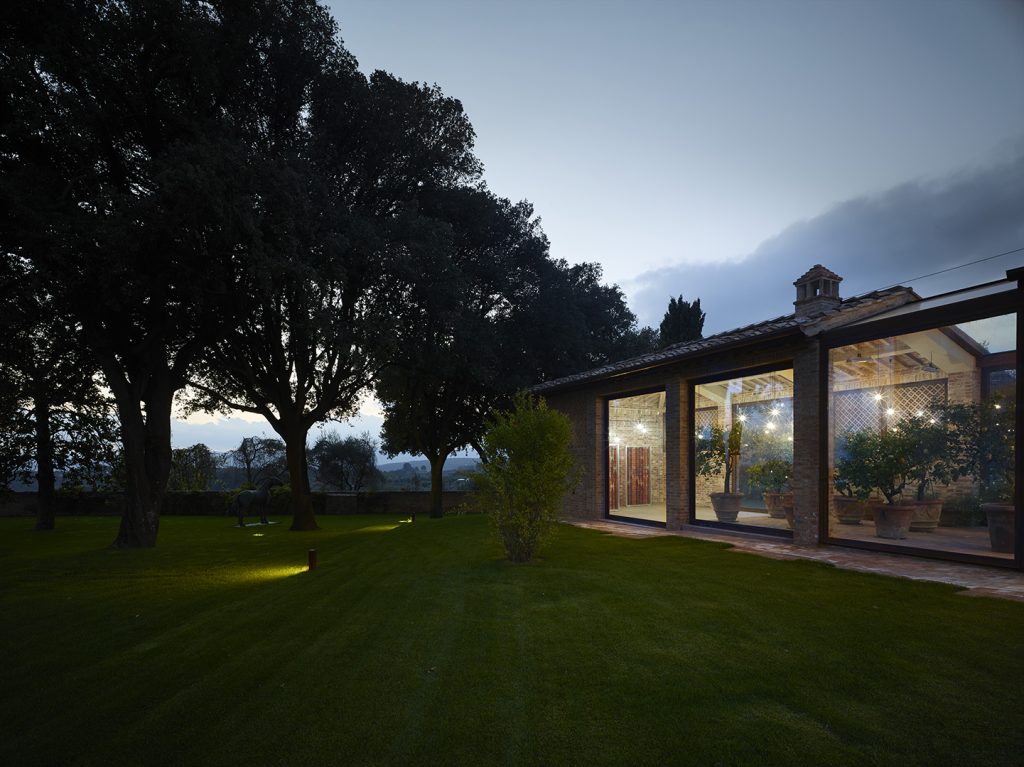 The property, surrounded by a stretch of olives on every side, was characterized by the presence of large holm oaks, a meadow populated in the summer season with citrus trees in ancient terracotta pots and plants of wisteria along the boundary wall on the access road, climbed on an anonymous pergola in the eastern area of the property, on the side that faces Siena. Every glimpse offered different depths of field and suggested the importance of creating overlapping layers of vegetation, blurred in colors and arranged in perspective on the panoramic backgrounds.

The nineteenth-century character of the Manor House, intimately connected to its productive surroundings, was the guiding trace of the part of the project that dealt with the formal and conceptual restoring of the existing, in order to arrange it with the new plant forms and with the structuring of peculiar areas adjacent to each other. Four of the most beautiful holm oaks were therefore freed from the walls of existing buildings and improper fences within the property, so that they could take the stage and form the cornerstone of the new project. One is located in the main square of the villa and the other three on the direction of the change in alignment and structure of the spaces that flow from the main parterre of the villa to the vegetable garden, a space that in turn is formally connected and designed on the main alignments of the architecture.

A total of seven areas were generated in continuity among them, separated either by changes in height in Corten steel steps or by long molded gutters in turf. The shape of the contact lines between the areas, generally soft, almost generated by the movement of water from a pebble falling in a pond, calms down and aligns itself with the swimming pool along the skyline towards Siena. In this fluid scheme, the choice of essences to be introduced from scratch was mainly directed towards species characteristic of the Tuscan countryside, generally with a rustic appearance, as well as towards the use of fruit trees, inserted in some areas of direct contact with the olive grove and the vegetable garden. Species with an elegant pattern and, in some cases, with an “exotic” character defined the edges of the parterre of the main Villa and colonized a part of the butterfly path. The color of the blooms varies from dark purple to lilac and white, while the leaves referring to the double aspect of those of the olive tree, embrace colors that range from intense green to silver. In this way the light works at any time of day and in different seasons with the changing reflections of their surface, while the color of the flowers in contrast with the shaded areas alternately takes on a relaxed and fresh look or a lively and spring-like appearance.

Moments of surprise and intimacy meet in each of these areas: the benches hidden in the circular wood, the small squared square under the pair of holm oaks in the parterre, the magnificent view of the terrace over Siena dominated by the sculpture of Ken Yasuda, the shadow under the low olive trees in the garden flowered with herbaceous plants and aromatic herbs, the bronze horse by Nick Fiddian Green observing the Sienese countryside with its absorbed attitude, the Gormley defining the horizon in its symbiotic relationship between architecture and nature.

The materials used to create the paths vary in structure, depending on whether they are areas for a more intensive use or from the originally intended use as a work area (such as the barnyard, the swimming pool veranda, the paths bordering the architecture), where the mocha travertine is combined with terracotta carpets, or spaces linked to the earth in which, moving away from the residential areas, the fluidity of “getting lost” corresponds to the creaking incoherence of the gravel.

«“This is how the gardener artist will act (Ercole Silva noted in his treatise of 1801 on gardens), who will not make the cold representation of nature insignificant and inanimate, but will sculpt it talking to the soul with a sentimental action (…). The general purpose of the art of gardens will therefore be to arouse pleasant sensations and (…) in shaking the imagination and sensitivity of others with a harmonious chain of different emotions”. In the garden, the grammar of the five senses is expressed in accents of beauty and poetry in a sort of sentimental and emotional topography with refined outlines. Sight, hearing, touch, taste and smell indeed find a sumptuous celebration in the rarefied atmospheres of the green scenery.» Paola Maresca, Gardens and delights, secrets, allegories, metaphors and ancient symbolisms, p. 5, Angelo Pontecorboli Editore.